So, Maureen Johnson had a fun idea, what if folks took their book covers and redesigned them as if the author were the opposite gender? (Her original post on the subject is here.) As she writes:

1. Take a well-known book. (It’s up to you to define well-known.)
2. Imagine that book was written by an author of the OPPOSITE GENDER. Or a genderqueer author. Imagine all the things you think of when you think GIRL book or BOY book or GENDERLESS book (do they EXIST?). And I’m not saying that these categorizations are RIGHT—but make no mistake, they’re there.

So I did a coverflip on my own recent book cover, SLOW SURRENDER.
Of course, SLOW SURRENDER is already a kind of “flip” because I’m fairly sure the designer wanted to invoke the infamous 50 Shades of Grey “manly tie” cover, while subtly saying “this book is like that, but NOT.” (I haven’t actually gotten to talk to the designer myself–authors of my ilk rarely have contact with the art department at a Big Six publisher like Hachette…)
How do you like my male pseudonym? I figured Cecil Tanner must be writing either hard-boiled noir or true crime. And so, voila, here’s the coverflip (below the cut): 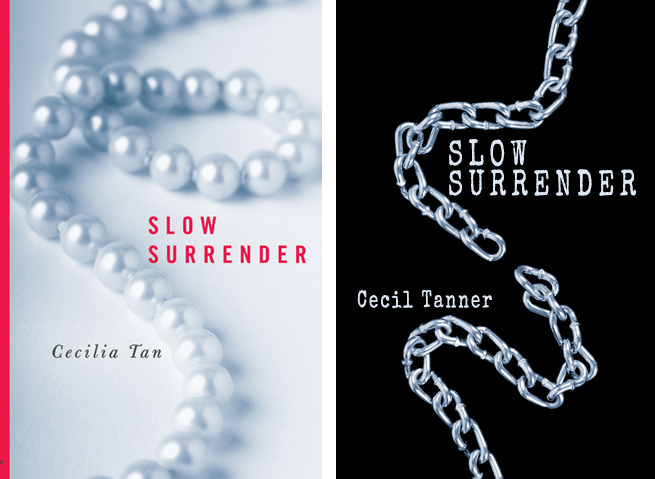