So I spent the day in my writer brain, meaning I walked to Harvard Square and went on a peripatetic journey of tea/coffee shops, stopping for an hour to write in each one. I started with jasmine bubble tea with soy milk at Dado Tea, then met some folks for chocolate at Burdick (oh yum yum), then went into a place I hadn’t been before, Crema Cafe, where they made a really nice “ginger steamer” (ginger “broth” with honey, very nice), and finally to Starbucks on the way home. I thought about making one more stop at Simon’s on Mass. Ave, since I still had 29% battery life left, but decided I needed some notes on my desk to go on to the next thing. (Yes, I still have some notes on paper.)
HOWEVER, the actual point of this post is to bring you picspam of the absolutely awesome gift I received which came as a total surprise and blew me away. I’ve been so amazed at the things the Magic U books have inspired readers to do. Deb/Tryslora made all those wonderful icons. Soiled Dove Mercantile sent me that incredible mini-top hat. Now this!
Not to keep you in suspense any longer, but it’s three stuffed bears, dressed/costumed as the three main characters in the Magic University books! Kyle, Alex, and Frost! 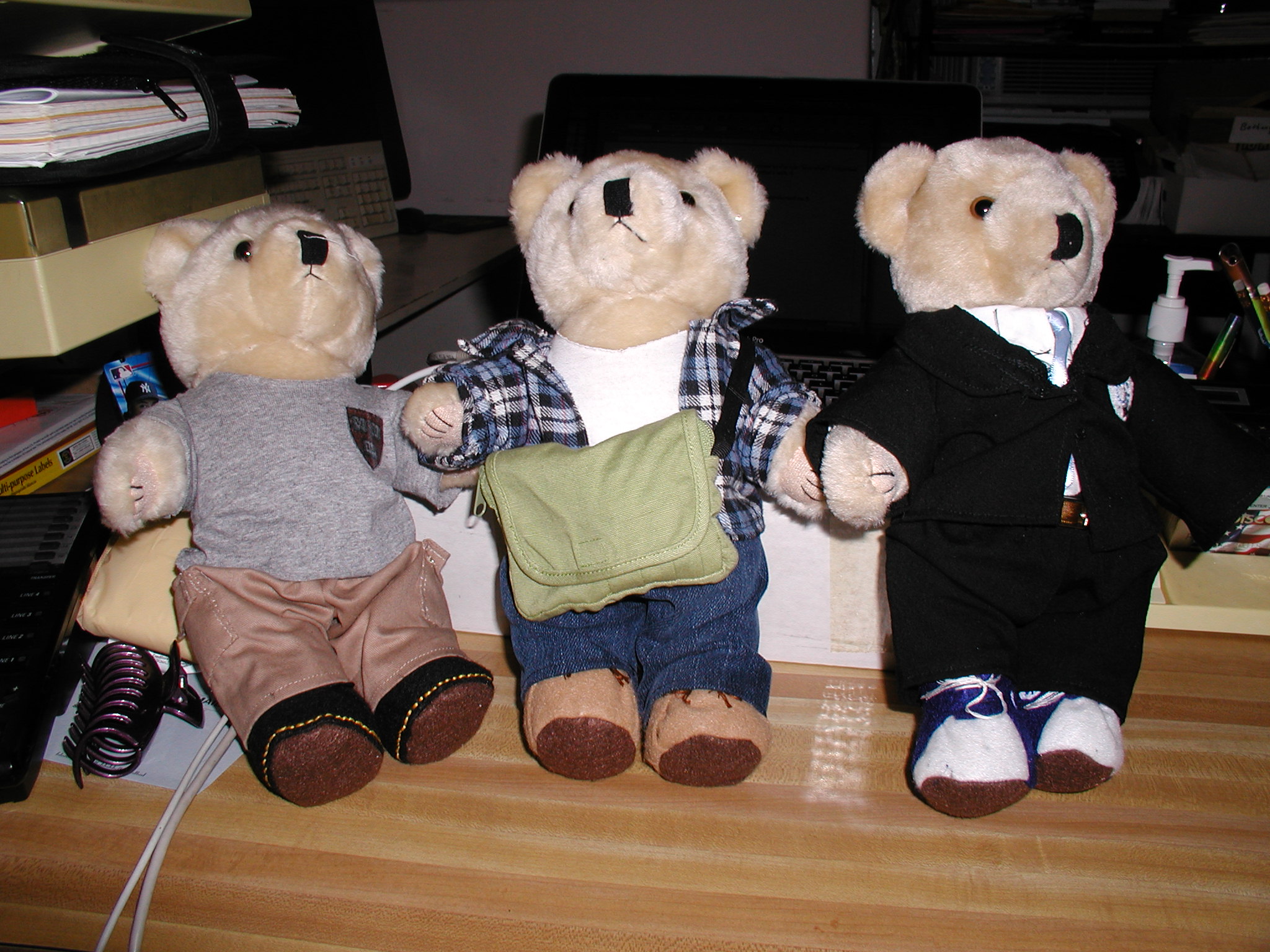 Kyle has to be between Frost and Alex, since they don’t get along, of course. Even in the thumbnail here you can see Kyle’s shoulder bag, Alex’s Harvard/Veritas T-shirt, and Frost is all dressed up for Tea with the Master. 🙂
Major picspam and large images below the cut: 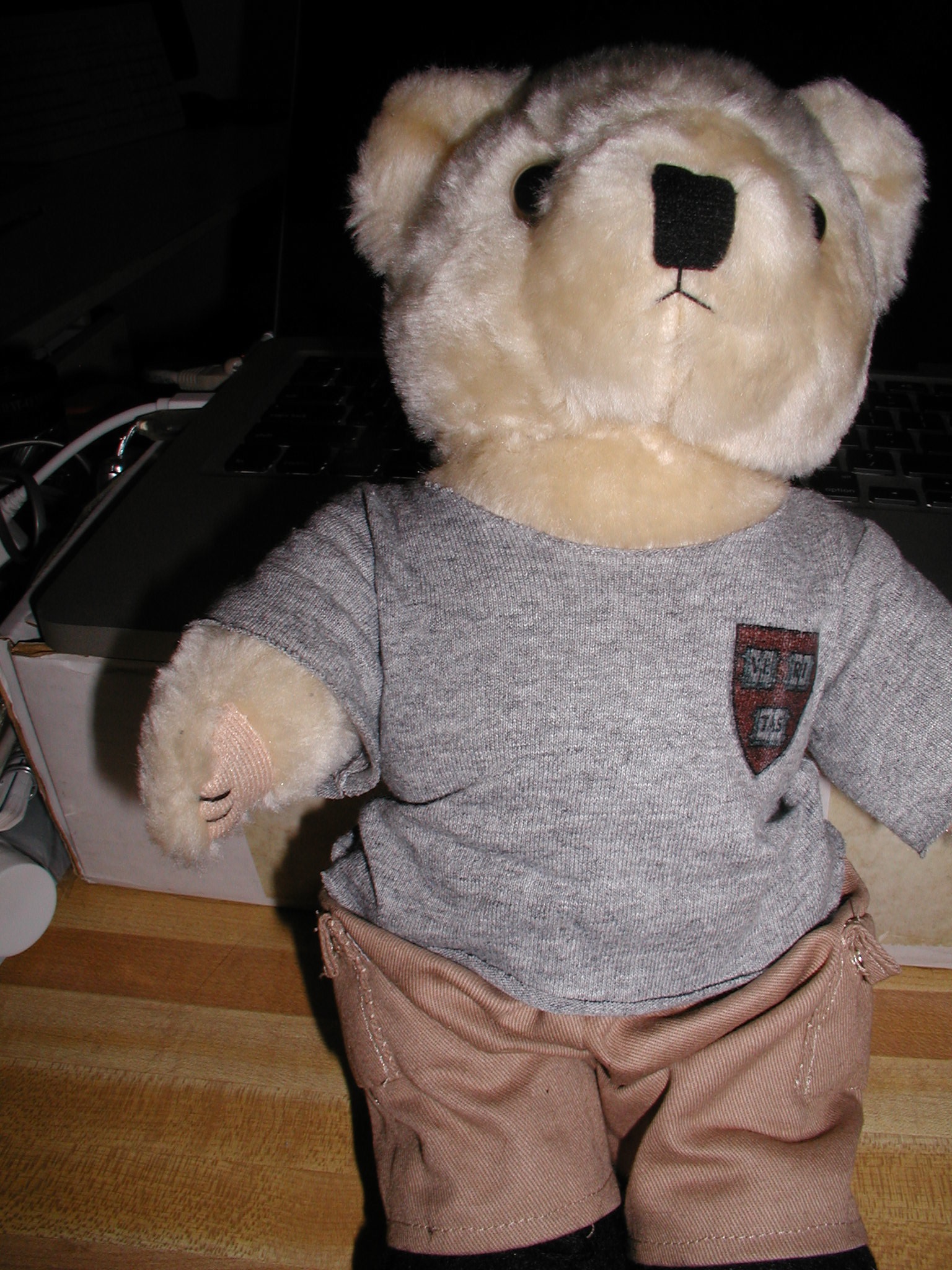 Yes, this is the Harvard (and therefore Veritas) logo. 🙂 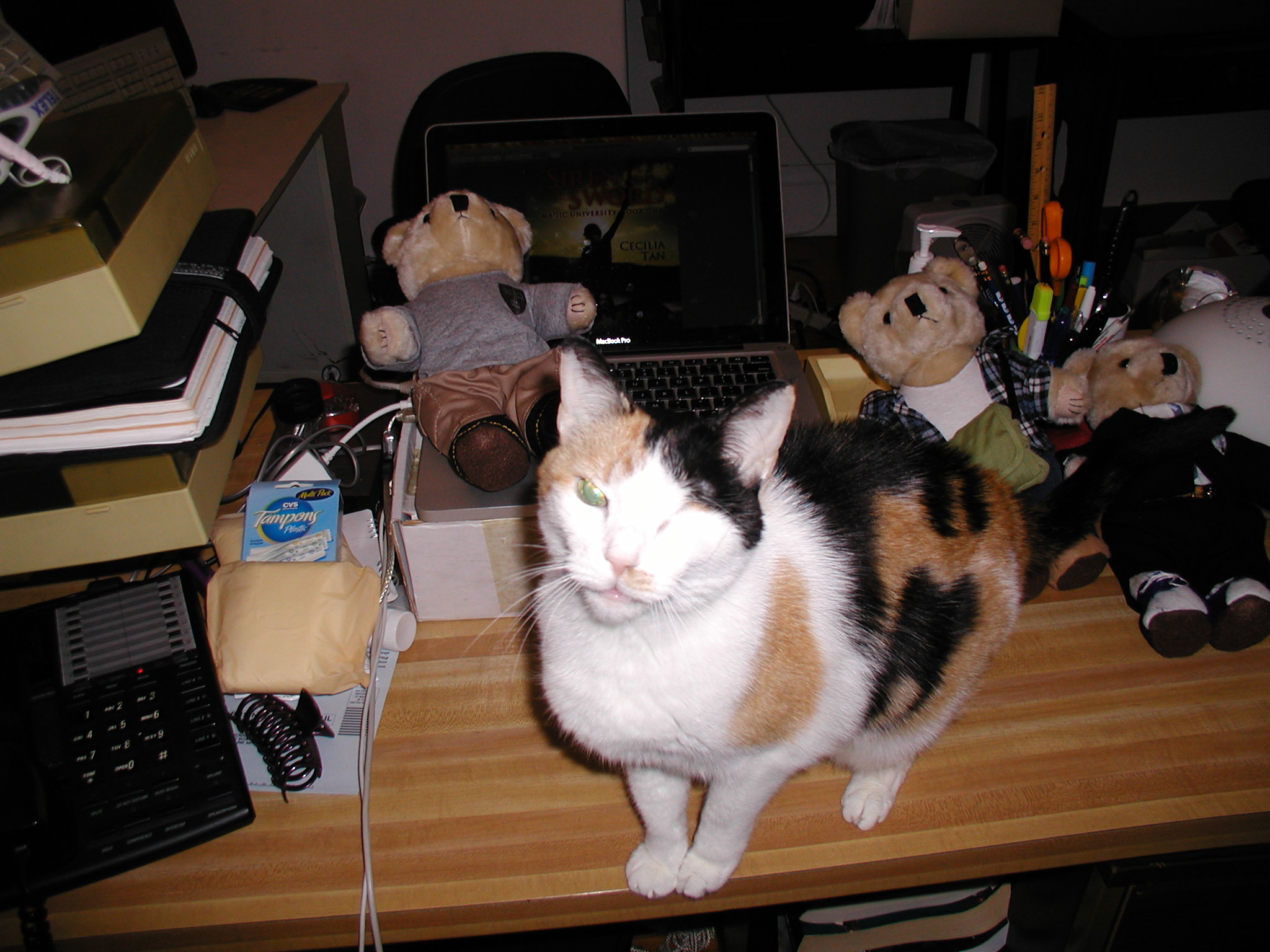 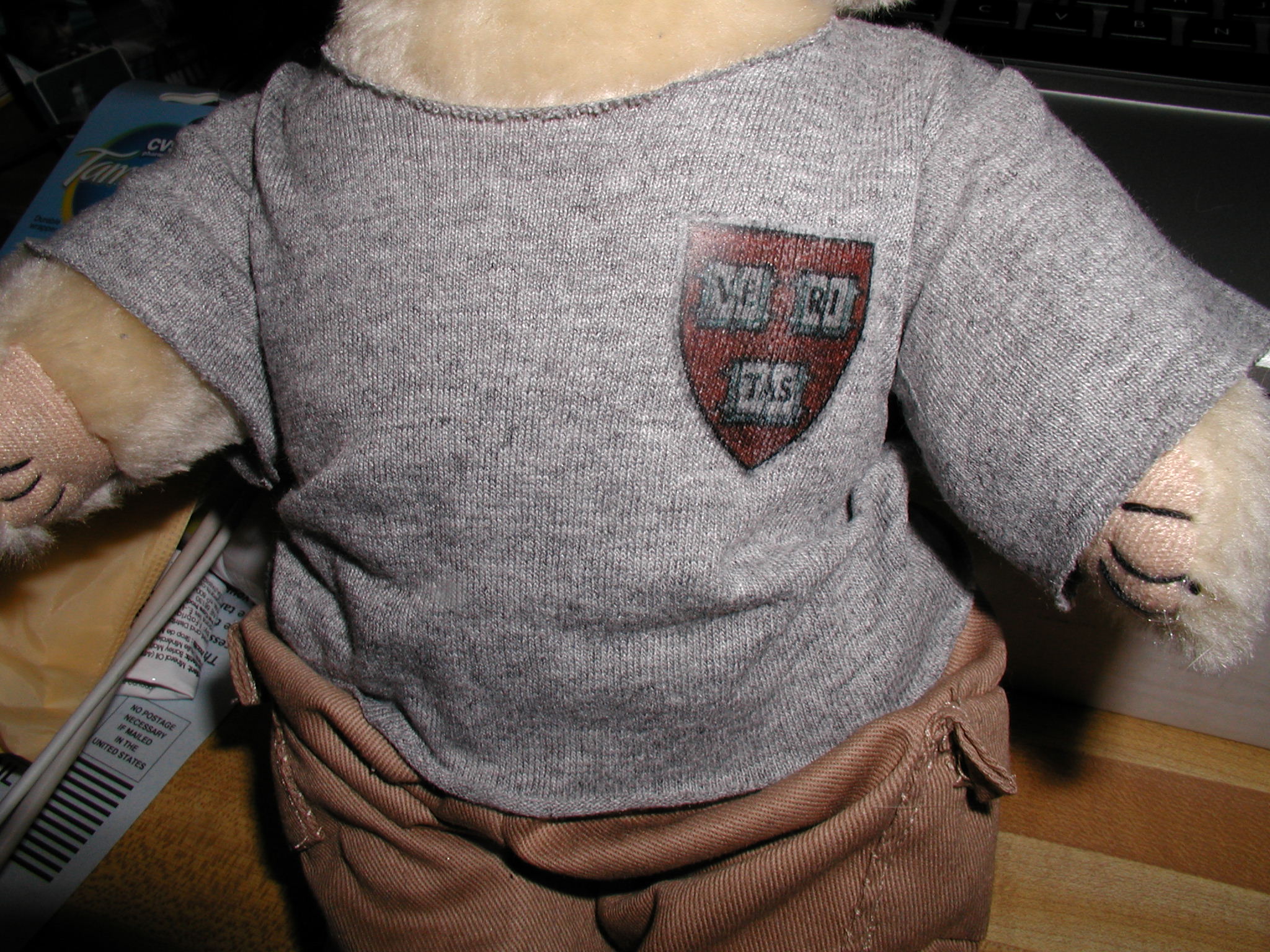 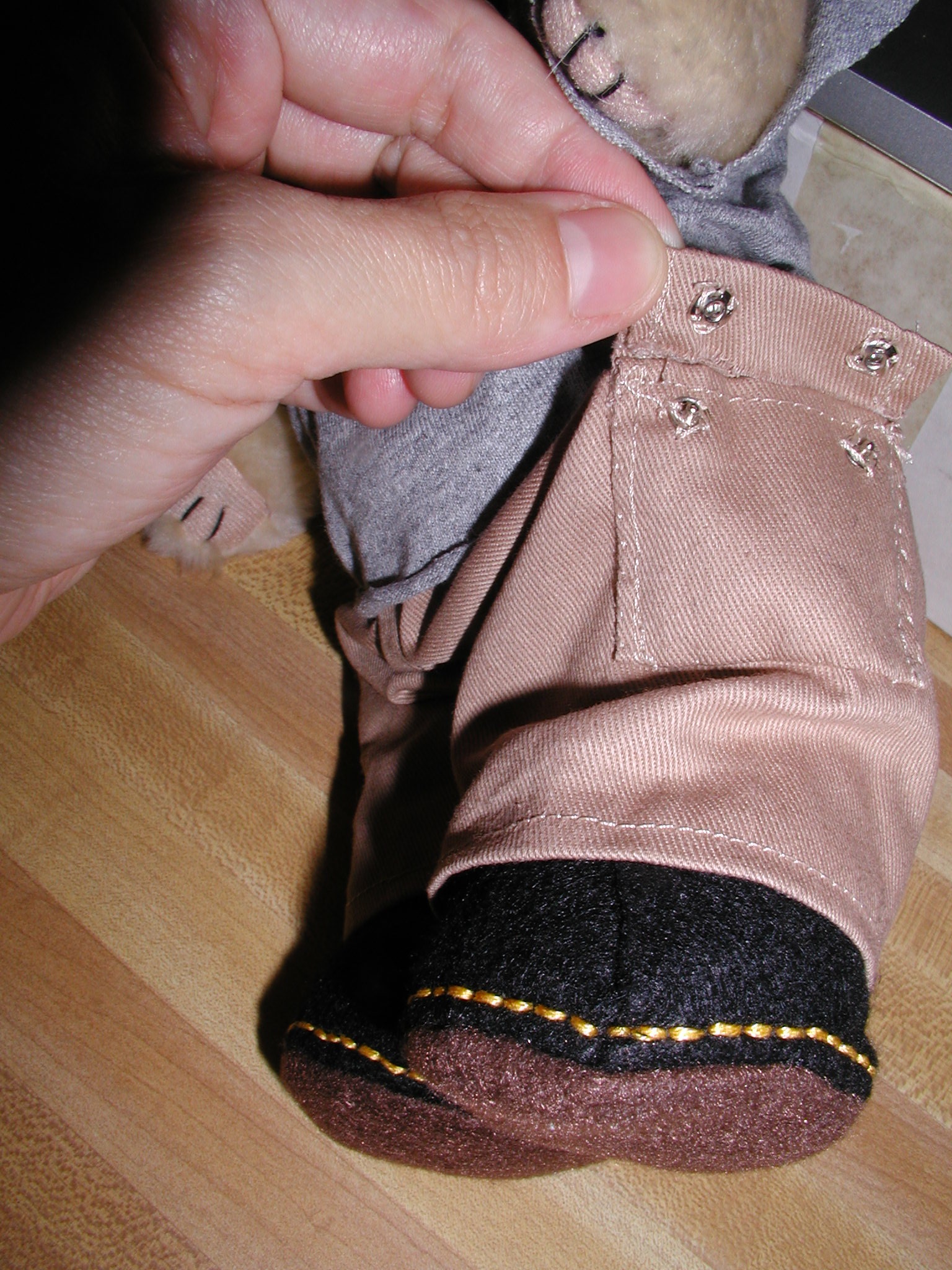 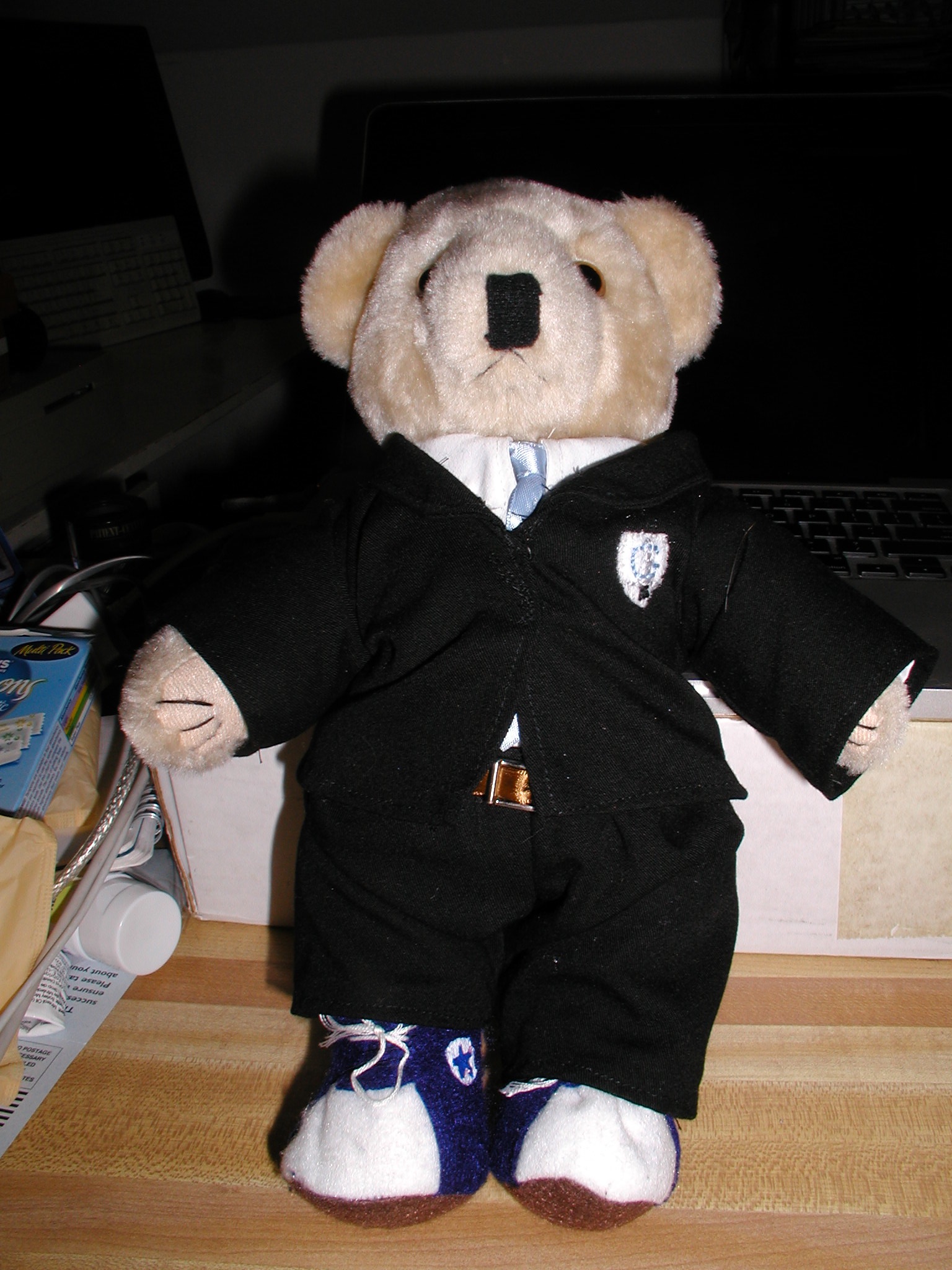 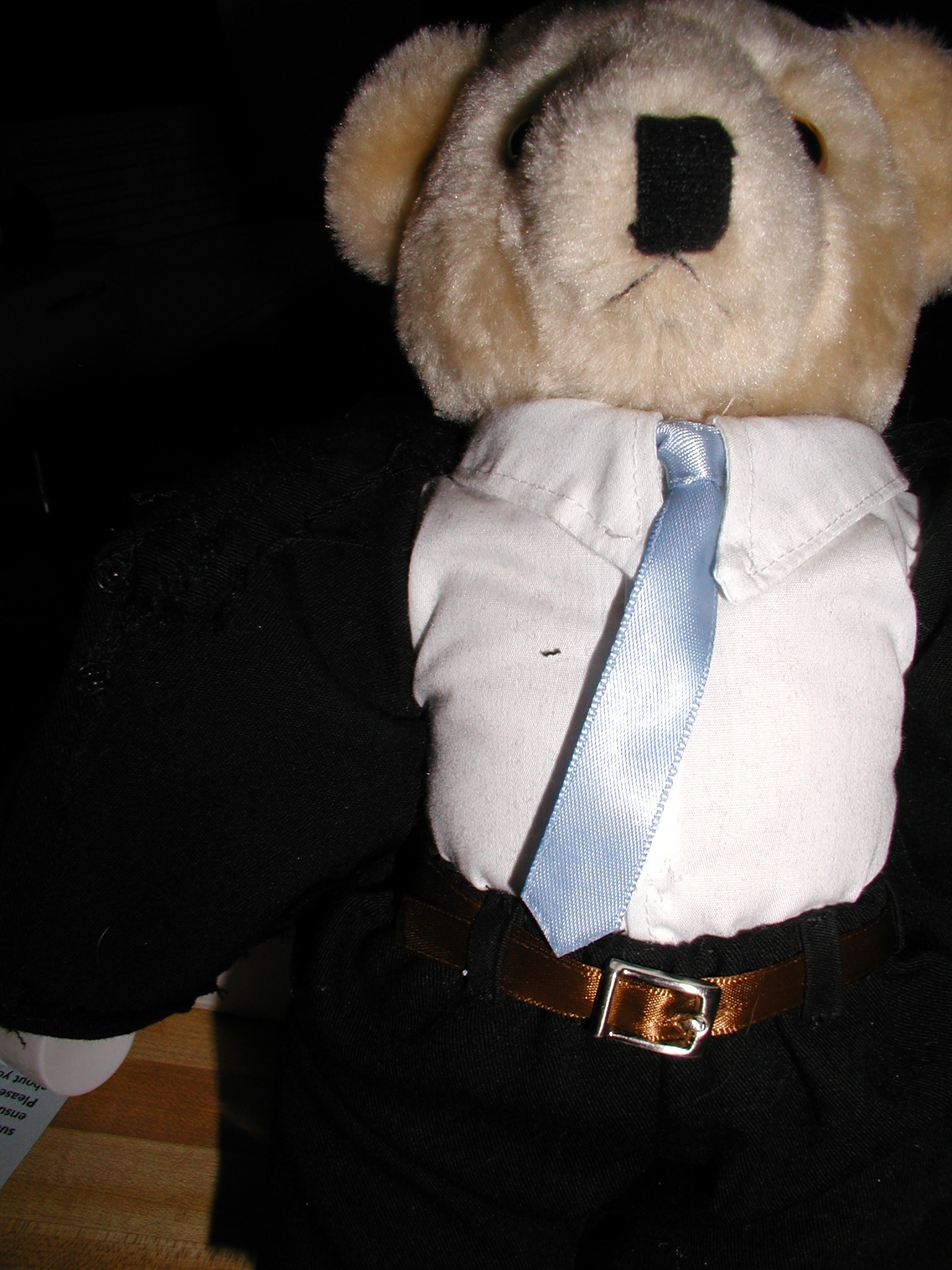 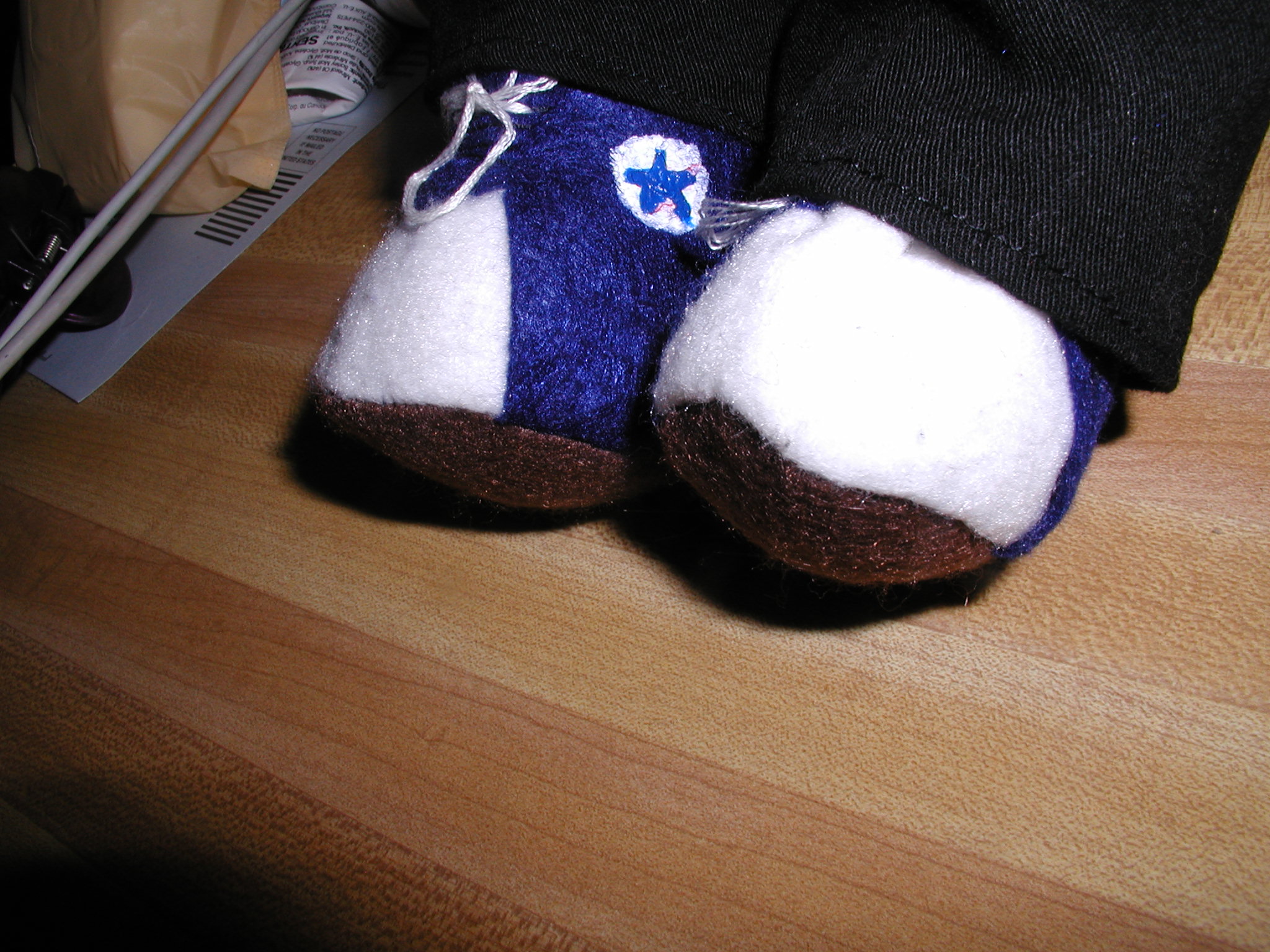 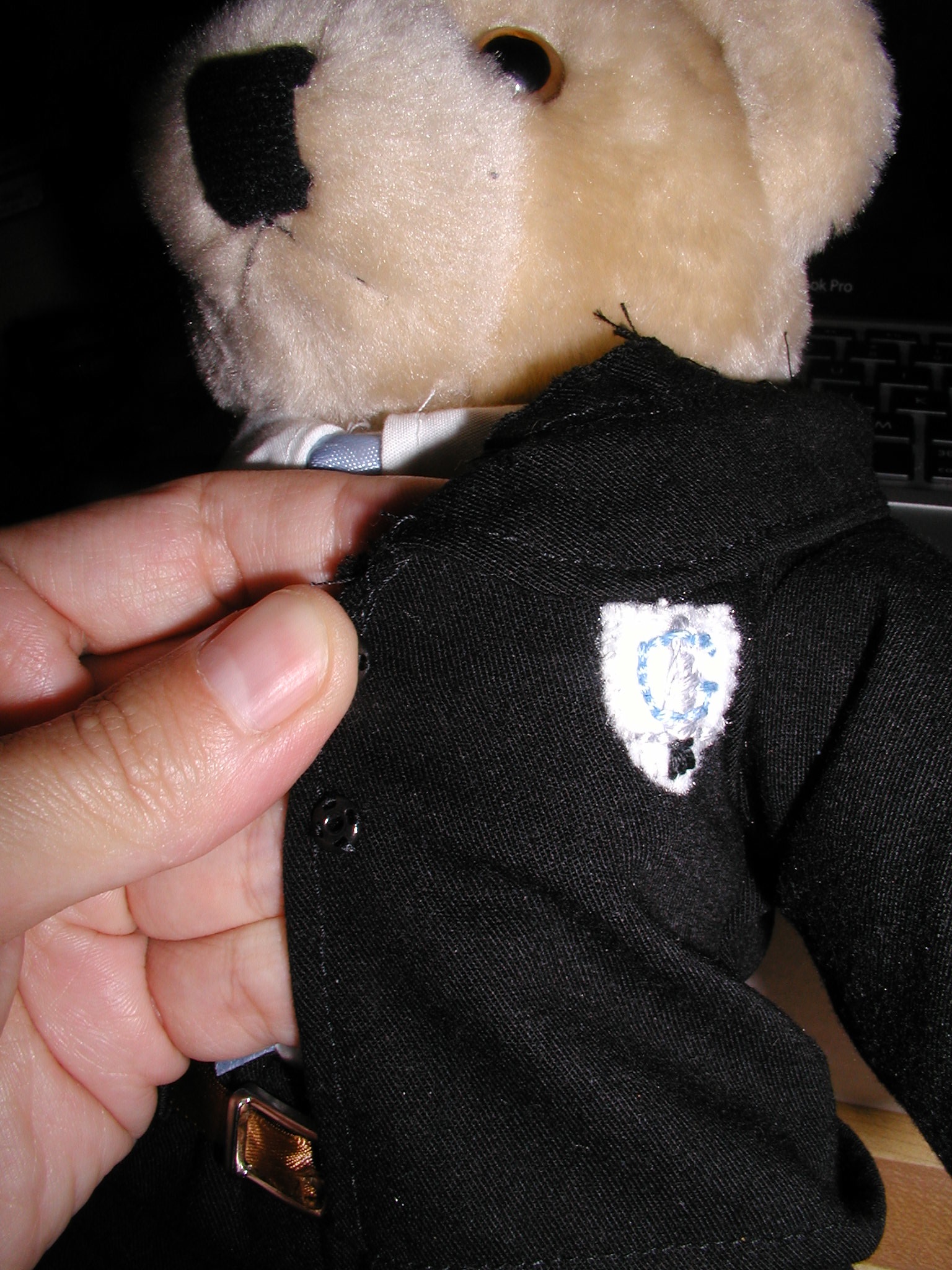 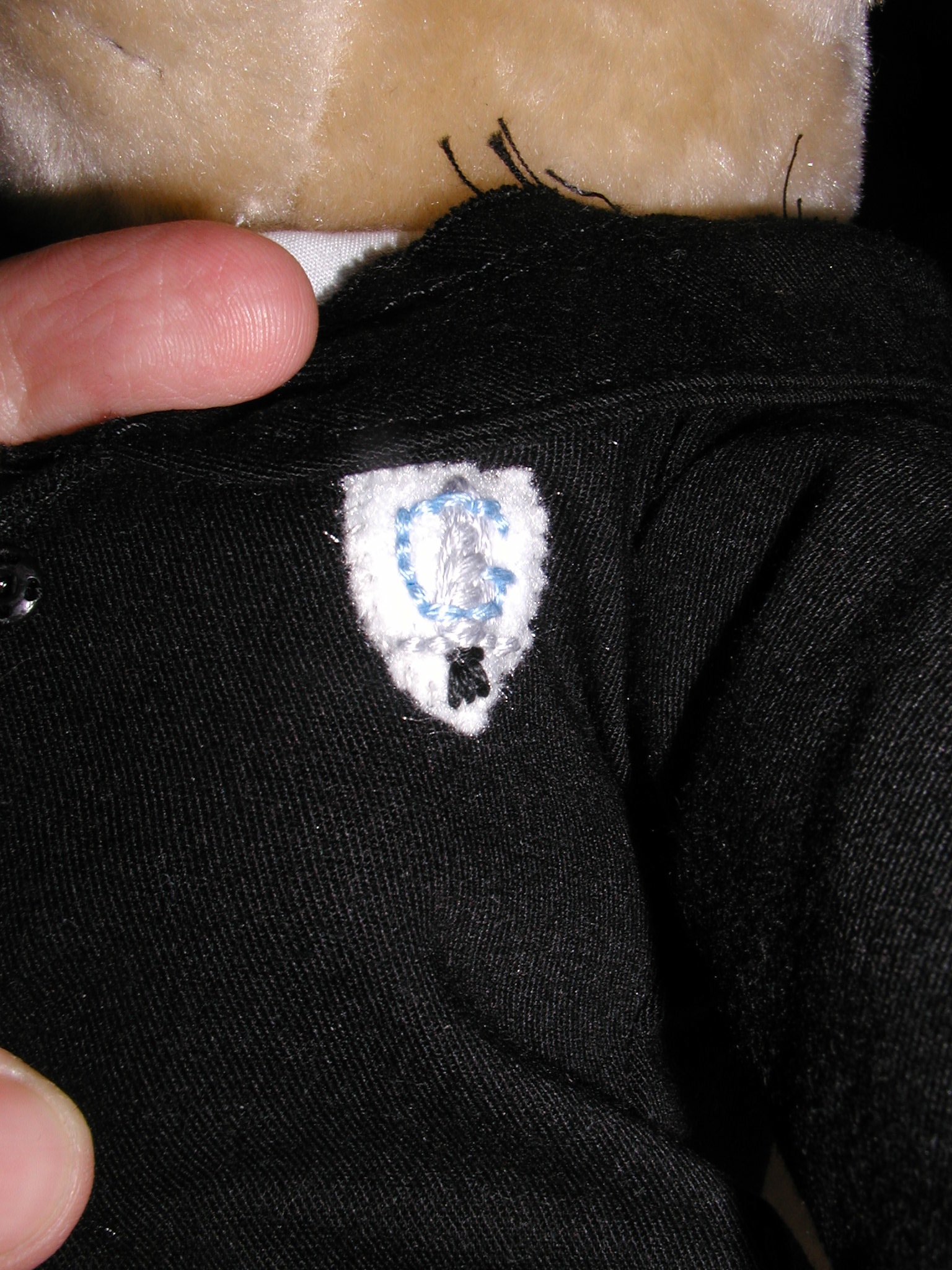 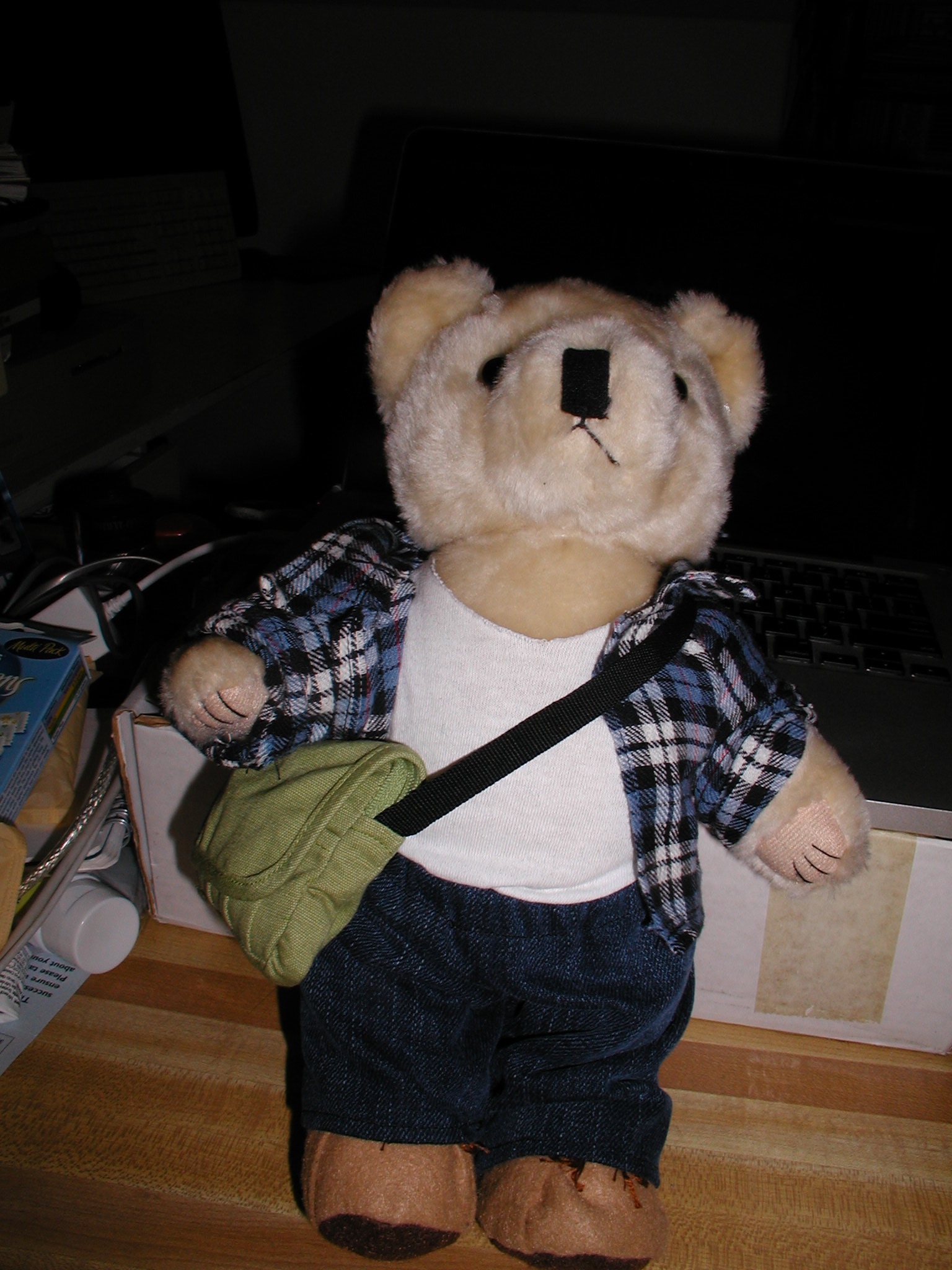 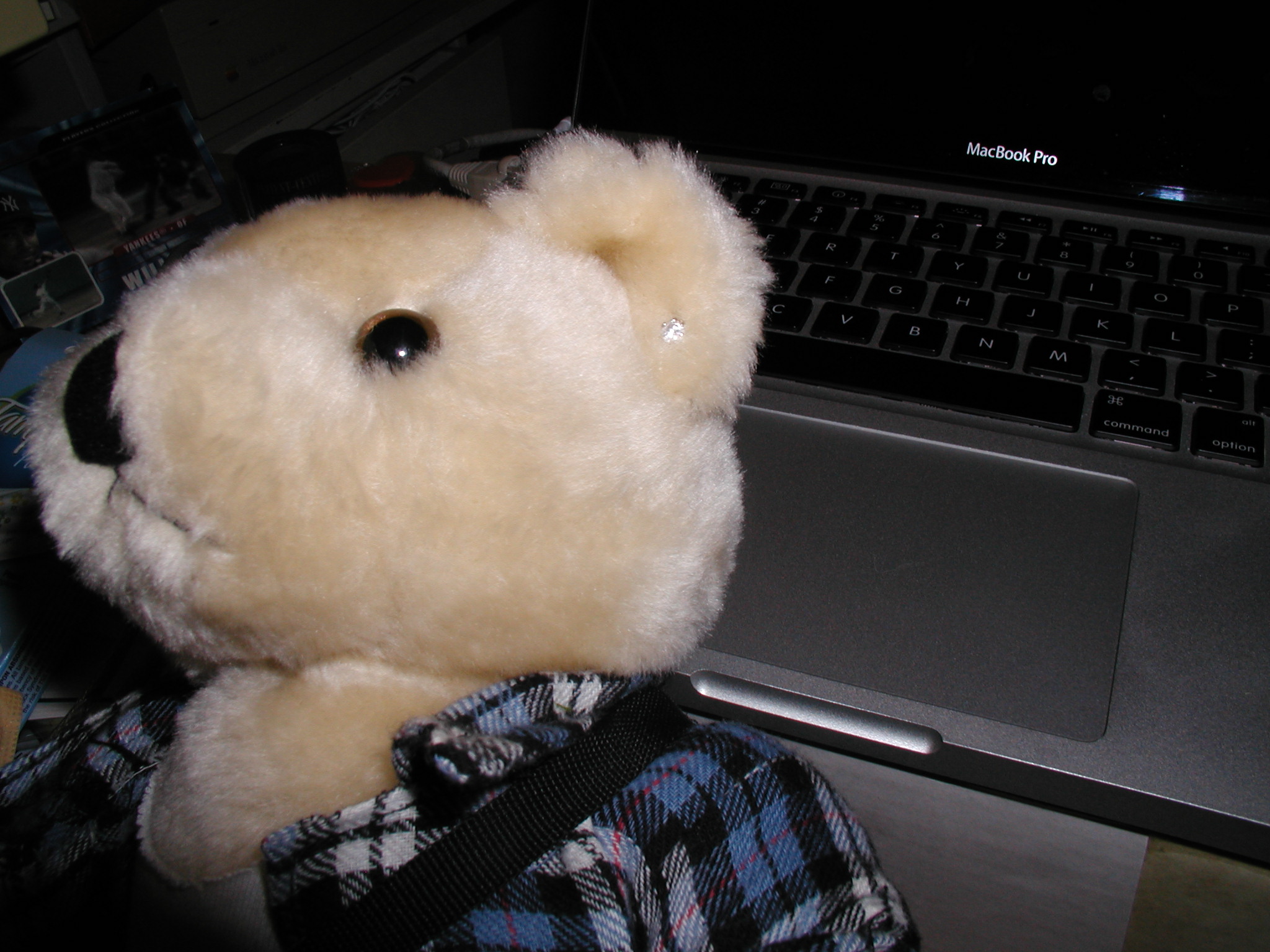 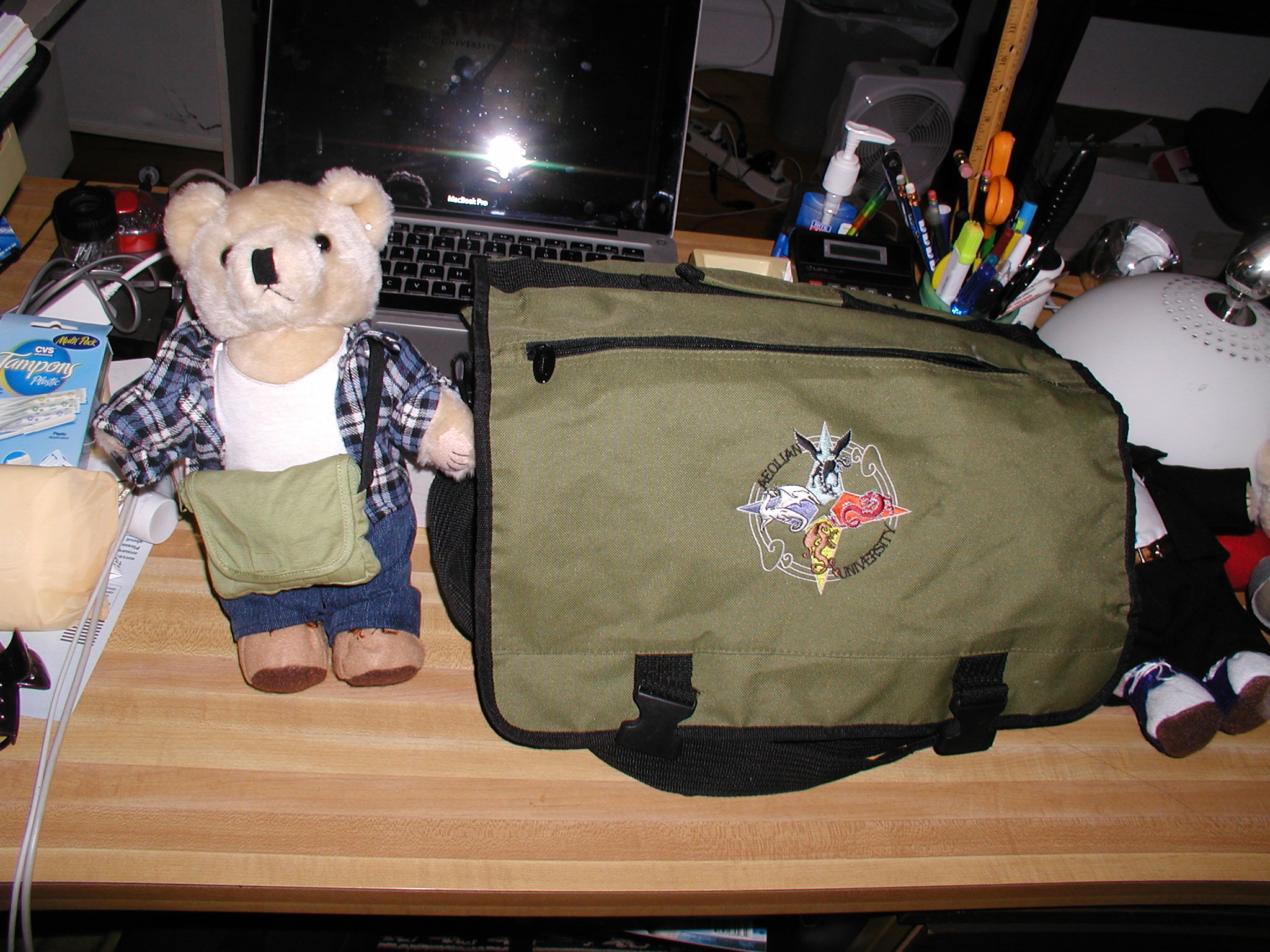 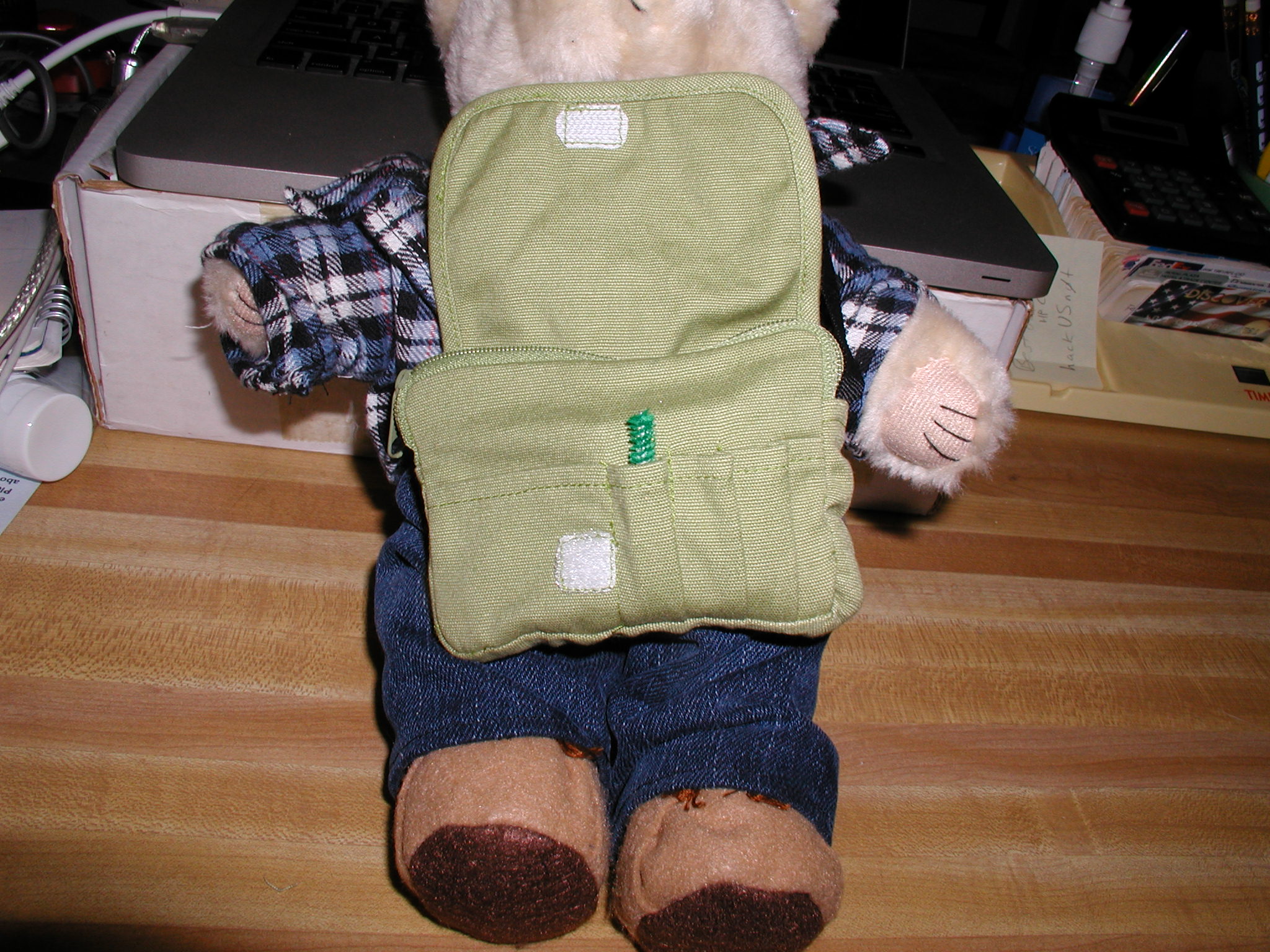 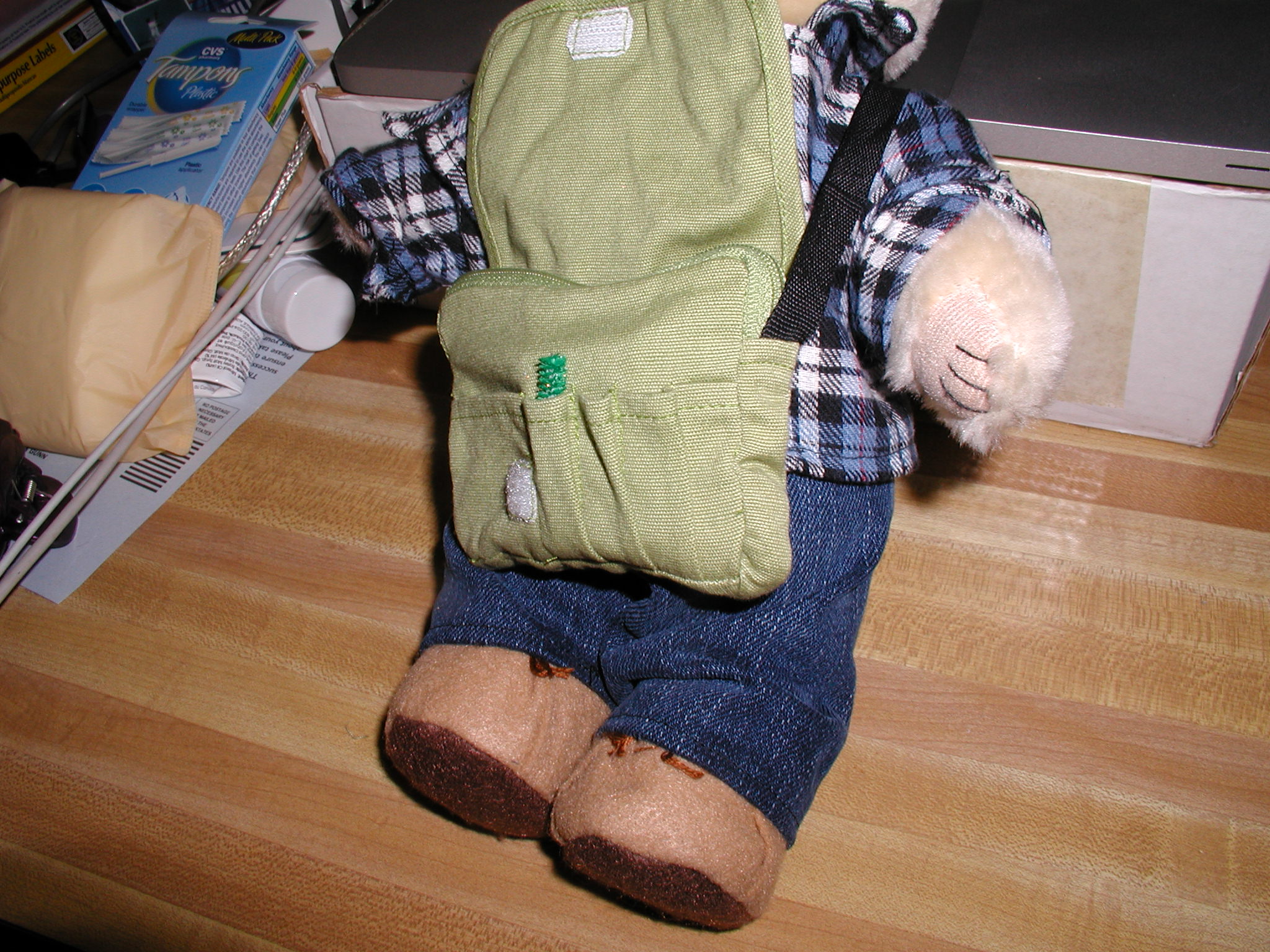 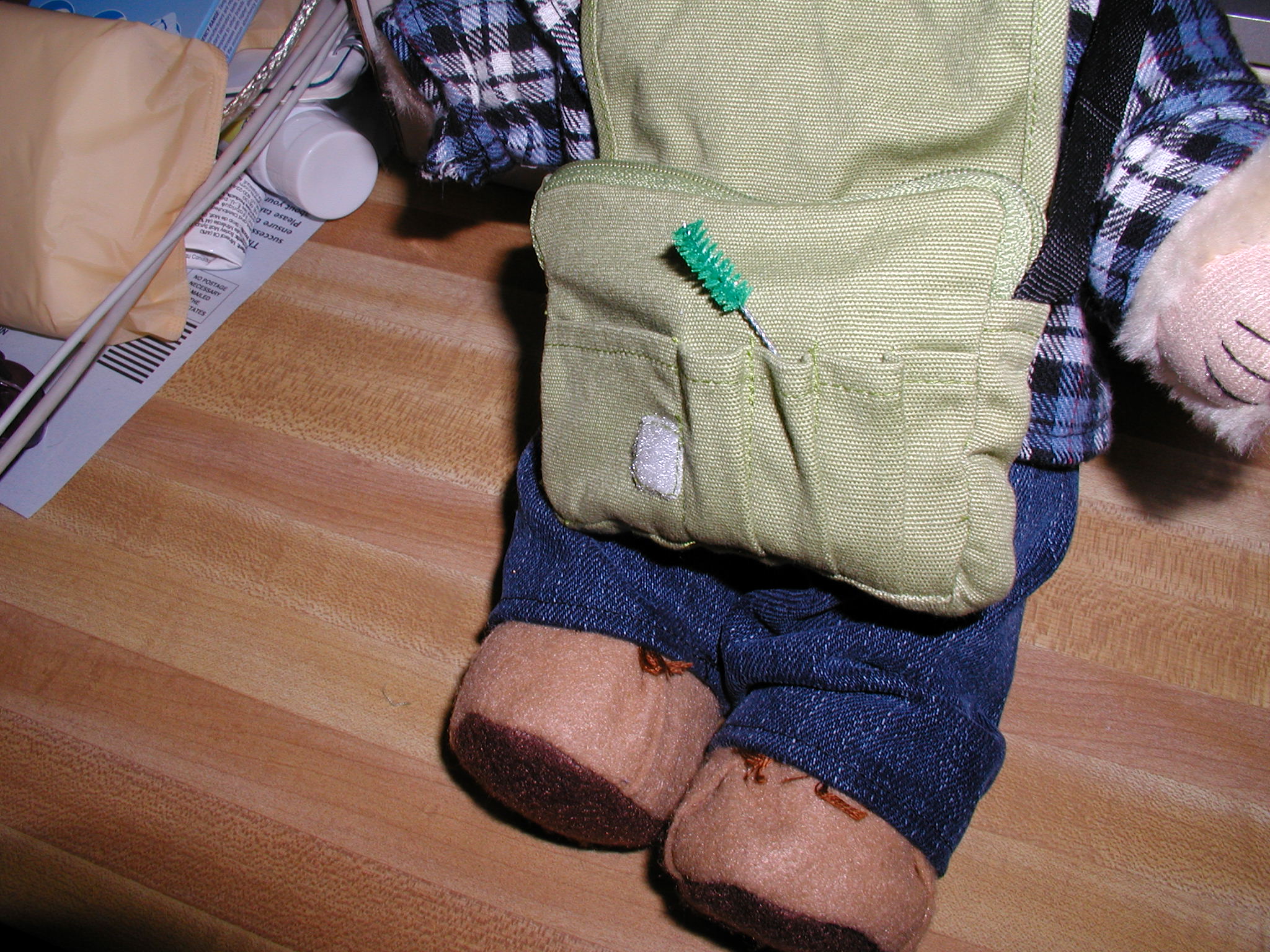 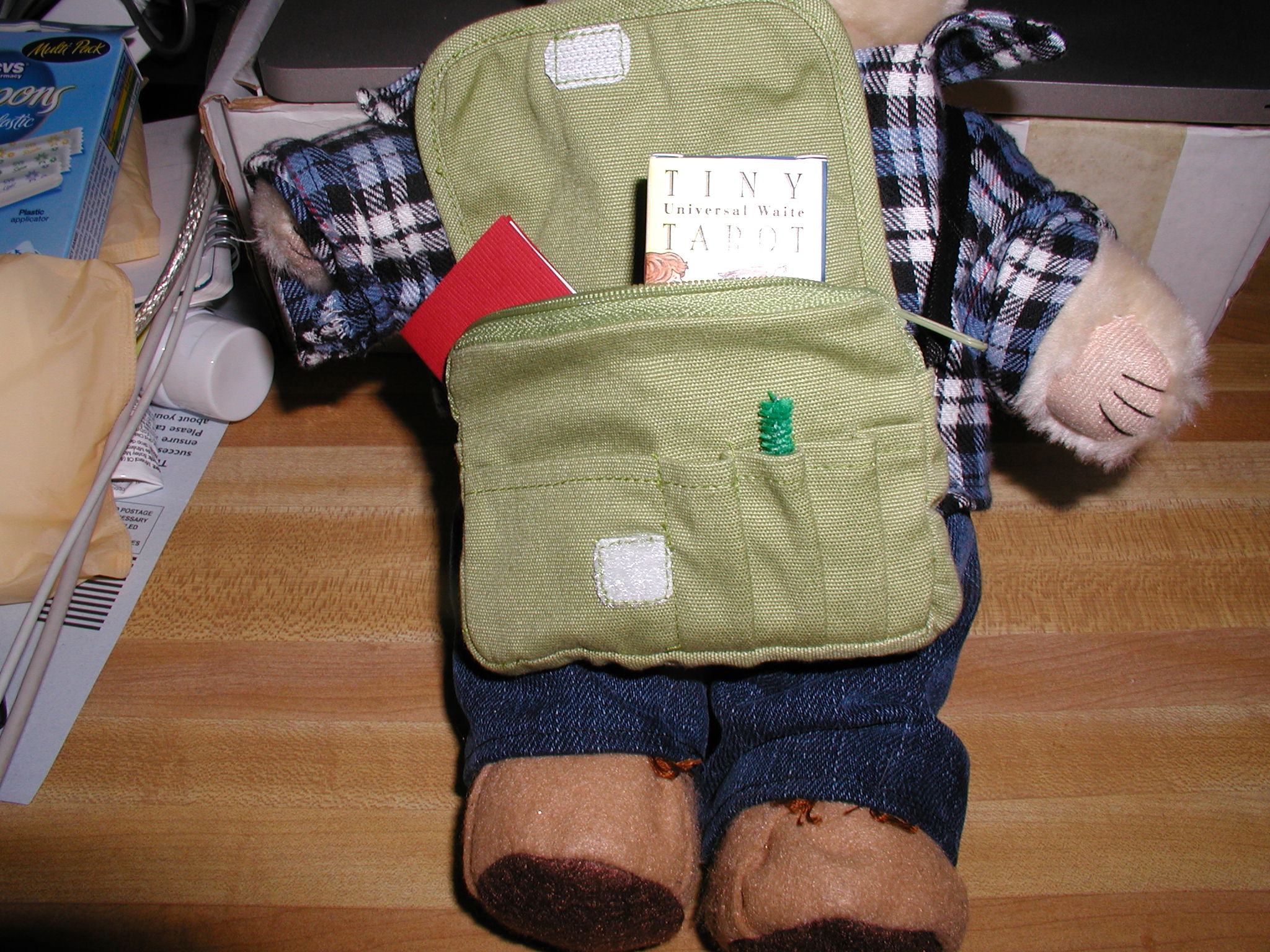 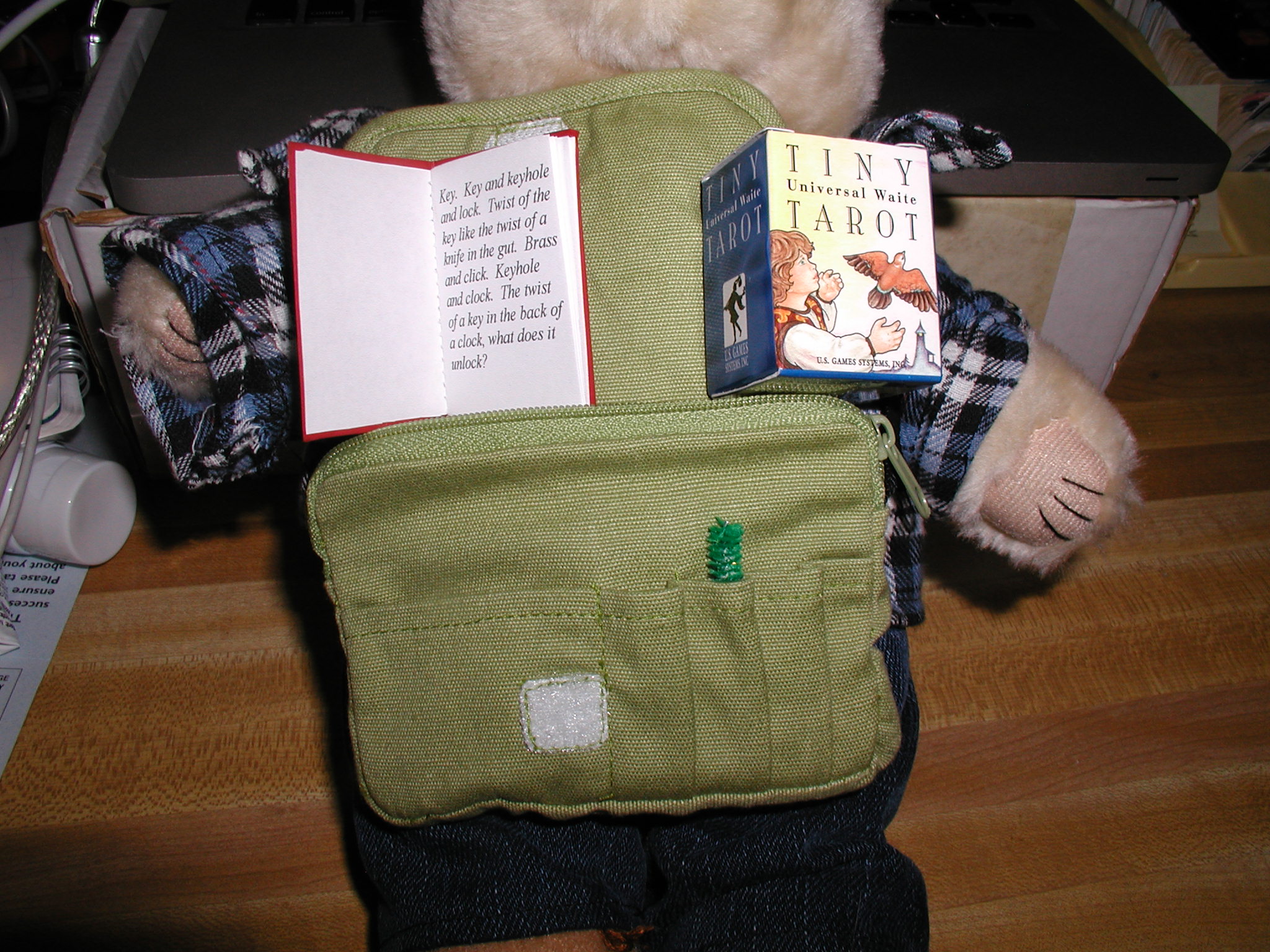 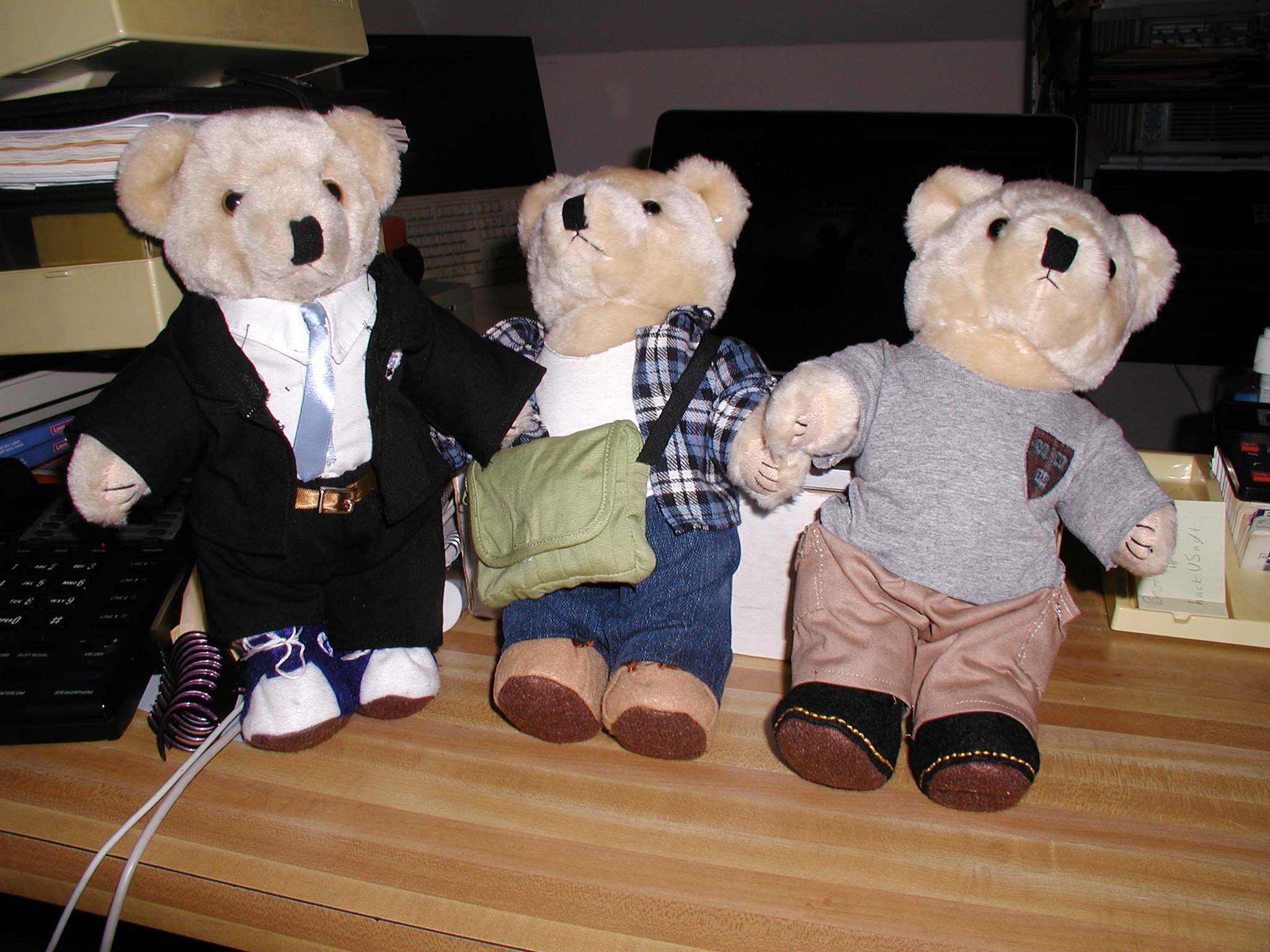 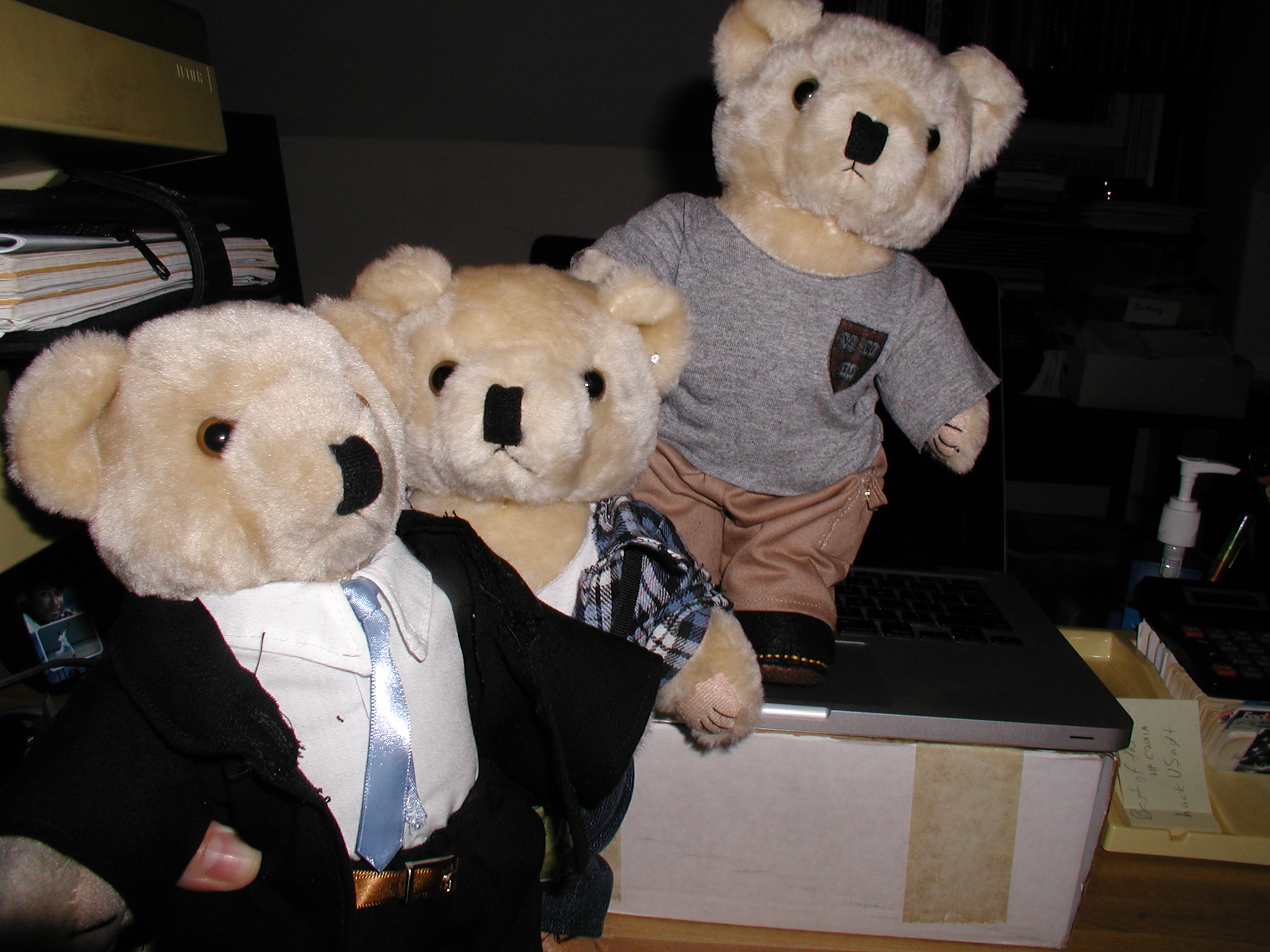 And here’s more of a GQ pose…
Anyway, if it wasn’t clear before… these are utterly unbelievably brilliant and now I want to sit here and PLAY WITH THEM.
In fact, what I did once I got to Crema Cafe was sit down to write, and although my plan had been to work on The Prince’s Boy, I decided to have the bears do a Tarot reading. What is funny is that in the writing session I did before going to meet up with Rikibeth and BriAnne, i had been wishing I had a set of Tarot cards, because I was thinking I wanted to just see what Kyle would pull. And I didn’t want to use the Internet card servers. Now I had not only a set of cards, but Kyle and Alex.
So I put the bears on the laptop, got the little deck out of Kyle’s bag, and went to look what order the cards were in. The Ace of Swords wasn’t followed by the two, it was followed by the Page of Swords. And then the Page of Pentacles (coins)… I know these little decks usually come in order, not pre-shuffled and BriAnne later told me yes, she put the three cards that represent the three guys first, and shuffled the rest.
Anyway, I mildly shuffled the rest and had Kyle pull a card for himself, thinking about his future, and what is to come in book four, the final book of the series which I am supposed to be writing right now…
He pulled the Hierophant, which is, basically, the Master of All Magic. Whoa. I pulled two more for him to see what else… and got the Nine of Cups, which usually stands for artistic and creative satisfaction (or possibly sexual), and the Three of Coins, which again is the artist gaining mastery of craft. Wow. So Kyle’s poetry is absolutely great.
To which Kyle-in-my-head asked, but what about love? I ended up writing a scene with the reading in it, and as for the question of love, well, that is what the whole book is going to be about now, isn’t it?
Thank you so very much BriAnne! And your co-conspirators, Deb and Rikibeth! *goes off to play with bears some more*
[ETA: No, the bears are not “anatomically correct”!! Get your minds out of the gutter, people! LOL]