So, I’m “interviewed” below as part of a blogroll going on among writers all over the Internet, wherein I have been “tagged” with these questions by the writer before me in the chain, Jason Rubis (read his Big Thing answers), who in turn was tagged by M. Christian (his Big Thing here), and on back through Lucy Taylor, John Everson, and on… (I’m not sure who actually started this thing…)
So, herewith, I talk about my “Next Big Thing,” i.e. the really big book that has been eating my brain and heart since last summer.
1) What is the working title of your book? 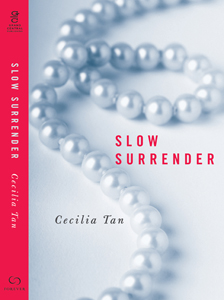 Well, my basis for my male main character is a young David Bowie, but he’s too old to play this role now by far! A contemporary actor who could pull it off… maybe Cilian Murphy if you lightened his hair.

The female main character, Karina, who narrates the story, is a little trickier. I don’t describe her in great detail since the book is from her point of view and I want the reader to be able to see herself in Karina’s shoes. I picture her as a small woman. A good fit would be Nora Zehetner (she played Eden on Heroes and Dr. Reed Adamson on Grey’s Anatomy).
5) What is the one sentence synopsis of your book?
Prince Charming does not walk into crowded New York bars, entice a harried waitress into playing an erotic game with him, and then walk out… does he?
6) Will your book be self-published or represented by an agency?
It has been bought by Grand Central Publishing, and was sold by my agent, Lori Perkins.
7) How long did it take you to write the first draft?
I wrote that first three chapters in one weekend, but then didn’t do more until after I had heard that a publisher was interested. Thank god I did, since I had envisioned it originally as a single novel. When Hachette came back with a three-book deal, I had to get to work thinking about working up a plot with enough twists and turns to take the characters and the reader through three books. It was much slower going than I thought it would be, much slower than writing Magic University was. All total it took me almost six months to get a usable draft into my editor’s hands, and then the rewrite stage change it a lot, too, so add another month for that!
8) What other books would you compare this story to within your genre?
Let’s see. I already invoked 50 Shades of Grey. This book has more in common with a book I just read more recently, though, which is Sylvia Day’s BARED TO YOU. I highly recommend BARED TO YOU to romance readers, but at least by the end of the book the characters still haven’t actually explored any BDSM. (They might in the sequel, which I just bought but havent’ had time to read yet! Don’t tell me: no spoilers!)
Anyway, among the similarities to Bared to You, both take place in New York City, both have ridiculously rich (and gorgeous) leading men, feisty heroines. Both have very hot scenes in limousines. I can’t say more without spoilers.
9) Who or what inspired you to write this book?
My very first book, Telepaths Don’t Need Safewords, was about a male dom/female submissive couple and, as you might guess from the title, had a BDSM theme. Since then I’ve been all over the sexuality map, very rarely returning to that particular configuration. So as I said above, I’d been wanting to get back to it. It also helped that a leather dom from New Orleans took an interest in me. (sly grin)
10) What else about your book might pique the reader’s interest
My hope is that the “50 Shades” phenomenon has interested a lot of people in BDSM and they’ll be ready to read about a kinky relationship that gets MORE kinky the more in love the characters get, rather than less and less. I’m also hoping that folks in the BDSM and kink communities will enjoy reading it who don’t normally read the romance genre.
The misconception people have about romance is that it’s all instant gratification wish-fulfillment in which two perfect people get together, the end. That’d be as boring as… or porn films, for that matter. Yawn. What is more likely to happen in a romance is what happens in real life insofar as couples are always made of imperfect people, but who are somehow perfect for each other, who complete each other. Exploring BDSM means exploring the dark corners and twisted places in the heart and mind, but not as if there is something wrong with those places. It takes a brave and special lover to go there with you. To me, that’s romantic. Karina and James are both very flawed individuals, each one broken in their own way, but each one with the ability to help put the pieces together in the other.
That and unbelievable hot sex in limousines, high class restaurants, Rockefeller Center, the New York Public library, parts of the NYU campus, Battery Park, et cetera… Yeah, I hope that will interest some people. 🙂
* * * *
And now on to The Next Big Thing! I’m tagging the following authors!
• I. G. Frederick, author of DommeMemoir, Shattered, and more
• Debra Hyde, author of The Story of L
• Beth Wylde, author of Girls Gone Wylde and Sapphic Planet
• Rian Darcy, author of Simulacrum