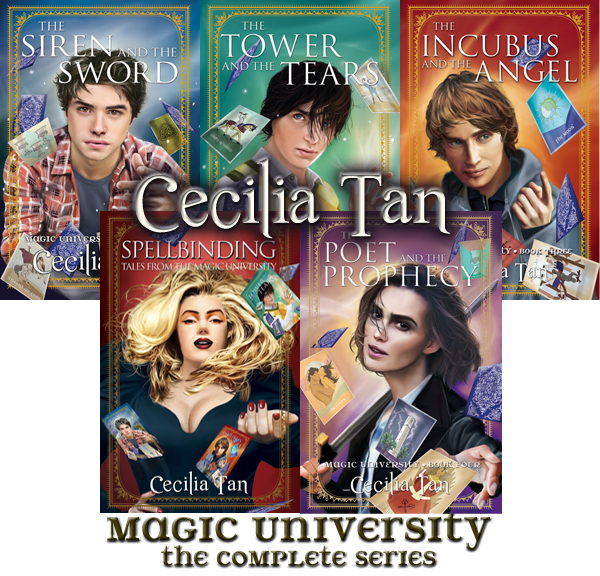 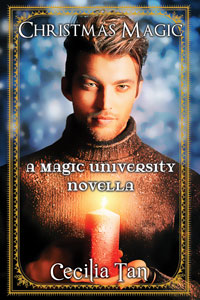 The entire original series — four novels and one collection of short stories — is available in paperback and ebook, and the four novels are in audio as well. The sequel novella is in ebook only.

(Background info: Magic University was first published in ebook form by Ravenous Romance from 2009 to 2011. Red Silk Editions, the newly launched fiction imprint of Red Wheel Weiser, also bought the rights to publish them in paperback, but the imprint was shelved after the demise of Borders bookstores so only the first two paperbacks ever appeared, which is why you will find various mismatched used editions floating around for sale.)

The COMPLETE series is four novels, with a fifth book of related short stories. Since the series wrapped there has been one sequel novella and some short stories, and I’ll try to keep posting when new stories come out.