Barcelona Journal
Sept 20 2013
Well, it’s 4:42 am in France, where we’ll be changing planes at Charles DeGaulle airport. So I’ll get to say I’ve been to France. I’ve given up pretending to sleep for now. I think I slept about 20 minutes right after takeoff and maybe 15 minutes a little while ago. But it’s hard to be sleepy when I’m excited about the trip. This is the trip we’ve been trying to take for two years. We wanted to go for our 20th anniversary but we didn’t quite have the time or the money at that point–that was two years ago. Since then corwin’s gotten into a better financial situation (and so have I), and I’ve gotten into a worse health situation that forced me to rethink my priorities and quit doing So Much. So that helped carve out the time for a vacation. Our first Real Vacation since we went to Disney World in 2008.
I’ll have to do a teensy bit of work while on the trip. Some correspondence about the Baseball Research Journal to keep that production schedule moving, and some writing, and I need to post some Daron’s Guitar Chronicles that I didn’t have a chance to before we had to leave. But not much. From what I can tell, there will be Wifi in all the hotels.
Daron is always with me on planes. I’m not sure what it is about airplanes that makes him so present in my head. He’s also usually there on long car trips if I’m driving alone. Spoiler alert for DGC readers: I’ve been planning to write about his trip to Seville ever since going there myself 9 years ago. But this trip is to Barcelona. With some driving into the mountains to see castles and eat in ridiculously good restaurants. Here’s the itinerary of cities/restaurants:
Sept 20:
No plans other than recover from jet lag and wander a bit. We’re staying at a Travelodge in Barcelona that had a ridiculously cheap 4-night family special, pre-paid. Kate will be flying in later tonight to meet us.
Sept 21
Dinner at Roca Moo. Since we couldn’t get into El Celler Can Roca in Giron, this is the next best thing.
https://www.hotelomm.es
Sept 22
Sunday. All the good restaurants are closed so we’ll be winging it. I’m sure there will be a tapas bar somewhere.
Sept 23
We get our rental car and drive into the mountains to Cardona, where we’ll be staying in a castle:
Parador de Cardona. And eating in their in-house gourmet restaurant. We stayed in a few paradors on our last trip, in Jaen and Ronda, and the food was terrific.
https://www.parador.es/en/parador-de-cardona
Sept 24
Moving on to St. Pau del Mar, where the Restaurant of Carme Ruscalleda is. Carme is one of the chefs who lectured in the Harvard Science and Cooking course. The restaurant has some Michelin stars I think and is one of the Relais & Chateau properties (like Menton in Boston).
https://www.ruscalleda.com/
Sept 25
Moving on to Giron, where we could not get reservations at El Celler Can Roca, but it seems likely we’ll find good food anyway. Also, the Roca brothers have some kind of incredible gastronomic ice cream parlor? I hope corwin packed lots of Lactaid for himself. Meanwhile, corwin’s superpower is being able to fid amazing restaurants wherever we go.
Sept 26.
And now to Olot, to dinner at Les Cols. We opted not to say in Les Cols Pavellons, though, as they have no rooms for three people. Also some of the Yelp reviews made it sound like staying in a room made of all glass and stone with trickling water running through it all the time was actually not that comfortable. Also expensive. We’ll spend it on the food instead.
https://www.lescols.com/web/?page_id=919&lang=en
Sept 27
Back to Barcelona. We’re moving into a more upscale hotel, Hotel Onix Fira, and that night we’ll have dinner at Via Veneto. Sadly, the chef we made friends with during the Harvard course has left there to start some new project in Japan or China? Alas. Here’s hoping the food is still good even without Carles Tejedor.
https://www.viavenetorestaurant.com/
Sept 28
We really wanted to try to get in to Tickets, the bar that the former El Bulli impresario/chef/genius Ferran Adria now owns, but we couldn’t get a reservation. However, some of Ferran’s disciples started a molecular gastronomy place across the street called 41 Degrees/41 Grados. It’s apparently much like the old El Bulli experience, but with some kind of added multimedia element…? We’ll see. I like to be surprised so I didn’t look into it too closely after corwin discovered it.
We’ve also been advised tro try to walk in to lunch at Tickets. Could happen…
https://www.ticketsbar.es
Sept 29
Another Sunday! We’ll explore and see what we find.
Sept 30
We fly home!
We’ve already bought tickets to see Sagrada Familia, including a trip into one of the towers. All other art and museums we’re going to play by ear. There’s so much that we’ll be able to easily pack our schedule when we’re not eating…
LATER:
Now I’m in Charles DeGaulle airport. It looks a lot like we walked through a section of the DC Metro, and now we’re sitting on a set from Logan’s Run. Hm. I have eaten a pain de chocolate and a rose petal flavored macaroon, though! So yay! I get to add another country to my list of places visited, even if it is only the airport.
They have the paprika Pringles here, but man, they are expensive! “Duty free” my arse. Vitamin Water is also crazy expensive. Maybe that’s just the airport? Dunno. 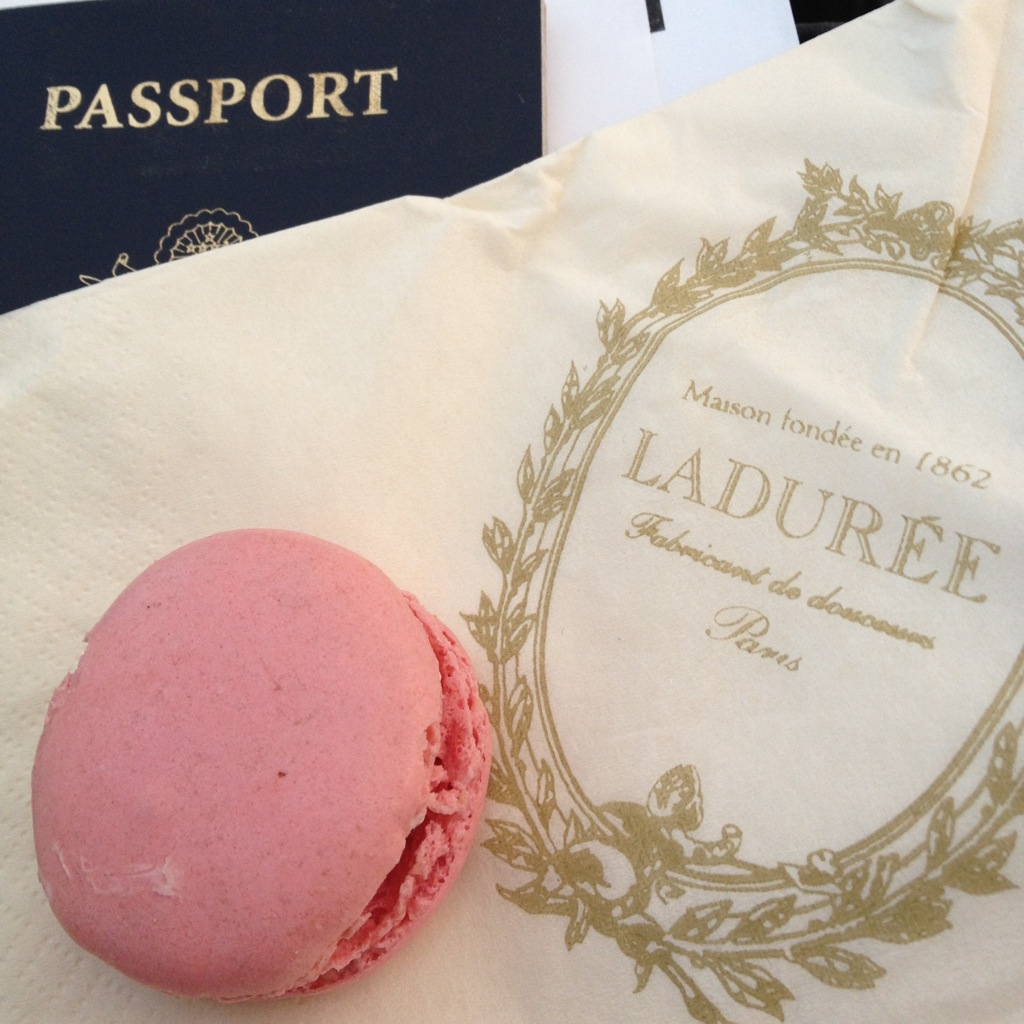