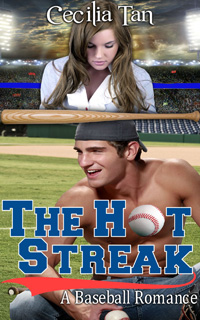 A new edition of THE HOT STREAK, my sexy sexy baseball-themed romance, is newly out from Riverdale Avenue Books! Just in time for the lull of the All-Star Break, eh? If you’re looking for something to read this week while your favorite team is off, look no further. Sample chapter under the cut!
Or buy it:
Ebooks: Riverdale Avenue Books | AllRomance Ebooks | Barnes & Noble | Smashwords | Amazon