So I came to Atlanta to attend my first Moonlight & Magnolias Conference this weekend. I had a lot of romance industry firsts this year. I attended my first RT Booklovers Convention, my first RWA National, I won my first major industry award (the RT Reviewers Choice award), and lots of good stuff like that.
The main reason I decided to come to M&M, though, was because SLOW SURRENDER was a finalist in the Maggie Award for Excellence, in the newly offered erotic romance category. And the reason I entered the Maggies in the first place? Was because of how badly everything shook out with the Rita Awards this year.
(Quick recap: RWA had changed the scoring system for the Ritas without anticipating that it would result in a massive bias toward the traditional categories of Historical and Contemporary, and away from the perceived less traditional categories of Christian/Inspirational and Erotic. The result was 17 finalists in contemporary, 18 in historical, but only 2 in inspirational and 3 in erotica.) I sat next to a Maggies finalist in Inspirational on my first day here and she said the same thing I felt: the reason she entered the Maggies was she felt her book deserved another chance at recognition.
I know my book has some strikes against it: for one thing, it ends on a cliffhanger! It’s only the first book of a trilogy, so you have to wait for that Happy Ever After. So I didn’t expect to win. Especially not looking at the competition from the other finalists:
Roni Loren CAUGHT UP IN YOU — This fantastic writer is *teaching* the three-hour craft workshop here at M&M on writing sex scenes tomorrow. Nuff said.
Carla Swafford CIRCLE OF DECEPTION — Oh sexy sexy books. Carla’s “Circle” series is like if La Femme Nikita or James Bond were actually X-rated. (And by the way she was a great tablemate at the signing today. Hooray for alphabetization!)
Elizabeth Schecter HOUSE OF SABLE LOCKS — I know this book is kick-ass because I published it with Circlet Press! It’s steampunk BDSM, intense, finely crafted, and it also won a Passionate Plume award! So I knew it was tough competition!
Regina Kammer, THE GENERAL’S WIFE — I confess I haven’t read this book, but I follow Regina on Twitter and know her by reputation to be a good writer. Plus, look at the amazing cover for the book:


HOTTTT.
I thought, I have no chance. So I did not prepare a speech, unlike what I’ve done for every other time in my career when I’ve been a finalist for something. For the RT Award, they told us in advance who had won, so I had months to pick out an outfit and write my 60-second-long speech.
So maybe I validated all those superstitions that say if you write a speech you jinx it. Because this time I didn’t prepare one, and when my name and book cover came up on the screen I burst into tears.
Those of you who know me probably associate me with a much more Spock-like demeanor. I’m not typically super-emotive. Except, apparently, when I’m surprised out of my wits. Then, like my Dad, my Ricky Ricardo side comes out, and I blibber like an idiot. A very happy idiot.
I confess I don’t remember what I said on the podium. I think I made a joke about being speechless. “No really, I mean I didn’t write a speech.” And I think I said something about how Slow Surrender was the “little book that could,” about how I’d been writing BDSM for 20 years and how all of a sudden it’s the “in” thing and holy wow there I was like wow oh wow.
Basically.
If I’d had my wits about me I would have remembered to say something like this, though:
“Thanks to the Georgia Romance Writers, not only for putting on a fantastic conference and being so wonderful and welcoming, but for putting in so much effort to recognize the depth and breadth of the romance genre. The Maggie Award for Excellence holds the prestige it has because of that hard work and diligence and commitment to quality and — especially in light of the misstep that the Ritas seemed to take this year — only gained esteem both in my eyes and in the eyes of many of my romance-writing peers. So to win it this year is extra special.”
I’ll also note that some of the Maggie winners were self-published, as well. Here’s how my livetweet stream of the evening went:

I was too discombobulated after winning to also try to tweet the winners of the UNPUBLISHED Maggies, where they would give the honorable mention and placements of all the finalists, too, so you’ll have to look for all those as well as the details of the various chapter service awards like those won by Tanya Michaels, Bryonna Nobles, and Jana Oliver! (I expect you’ll soon be able to find the details on the George Romance Writers website, though not tonight because they’re all here at the conference, partying up a storm.)
Special angel award from me, though, goes to Kristin Anders of GRW, who lent me an iPhone charging cable for the weekend, without which I would not have been able to livetweet the whole ceremony and everything! <3 <3 [caption id="attachment_2093" align="alignleft" width="250"] 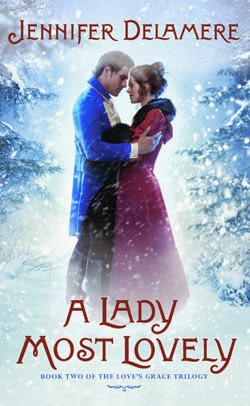 Winner in Inspirational![/caption]Whew. I’m spent. After the ceremony, I soaked up a bunch of congratulations from various folks. One of my “house”-mates who also publishes with Grand Central Publishing, Jennifer Delamere, won the Maggie in Inspirational and was sitting at my table: she said we should wear the pendants. She was even wearing a lovely black and silver dress that matched it perfectly! I pretty much always wear black so I was in good shape there, too. I saw mostly everyone who had won was putting them on as well. It’s like an Olympic medal, you know? Only smaller and classier. 🙂
My next stop was the ladies room to try to remove some of the running eyeliner from my speech-cry. Turns out my mascara is waterproof but the “felt tip” eyeliner is very definitely NOT. If anything it’s EXTRA runny.
Once I was cleaned up I came back out, chatted with some more folks, but I didn’t have the energy to get on the dance floor. I’m still getting over this cold and I didn’t think that was a good idea. So I just circulated a bit more and then headed upstairs.
After I got my makeup off I realized there were still 15 minutes until room service closed, and I was suddenly hungry, so I ordered myself a steak tips appetizer and a piece of red velvet cake. Perfect.
Tomorrow I fly back to New England. Thank you again to the Georgia Romance Writers for a fantastic conference and I hope to see lots of you in 2015 at RT, RWA, and all around the romance world!

My beautiful amazing Maggie Award for Excellence. It's a pendant! #mm14 @maggieawards