There are only two main settings in WATCH POINT, my gay Navy SEAL romance.
One is the mansion of the billionaire Aiden Milford where he lives with his son Chase. I wanted this to be in Massachusetts. I’ve lived in MA since 1990 but decided to do some research about where to put the Milford Mansion. (I knew I didn’t want to put it in Milford, for example.)
I settled on Duxbury partly because I like the word “Duxbury” and because of articles like this one in the Boston Business Journal naming it the 6th “Most affluent” community in the state.
While Googling “Duxbury mansion” I came across various candidates for the Milford estate: 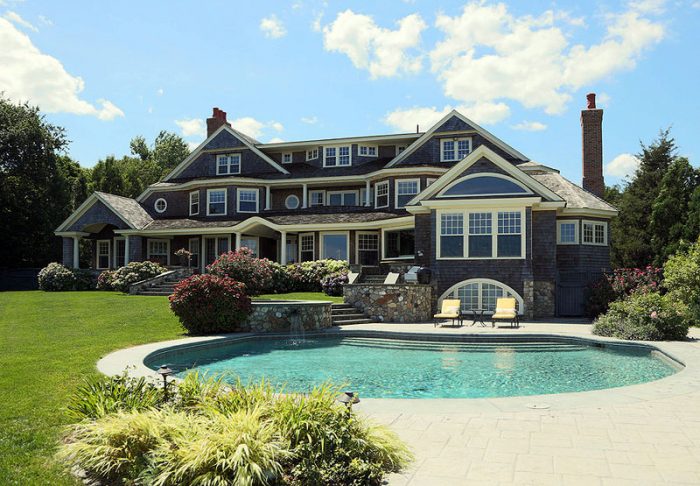 Here’s a great one from the Robert Paul real estate site. Asking price $6 million.
The real estate description of it: “Rarely does an oceanfront estate of this caliber hit the market. Designed and built in 2004 with sensitivity to the 19th Century Shingle-style “Cottage”, an open floor plan and infrastructure that offer modern day conveniences, this coastal home incorporates a collection of refined details to make it a true architectural masterpiece. Taste, elegance and comfort are incorporated into indoor and outdoor spaces capturing magical views of Duxbury Bay and beyond. With private tennis, pool and sandy beach, this exceptional legacy property only 35 miles from Boston will welcome family and friends for generations to come.” 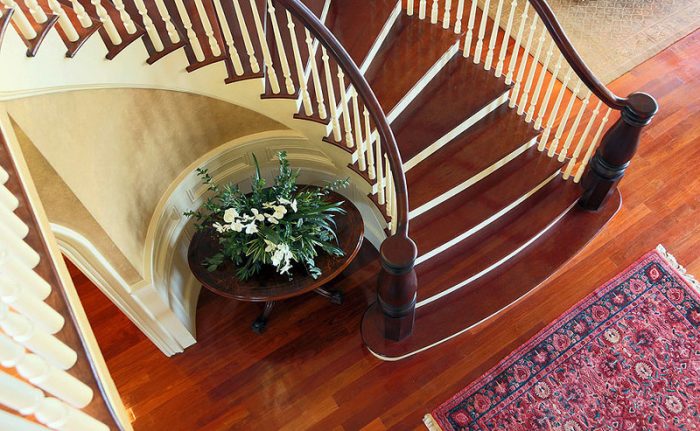 Although I didn’t use the floor plan of the building for my scenes, I do reference the grand central staircase. 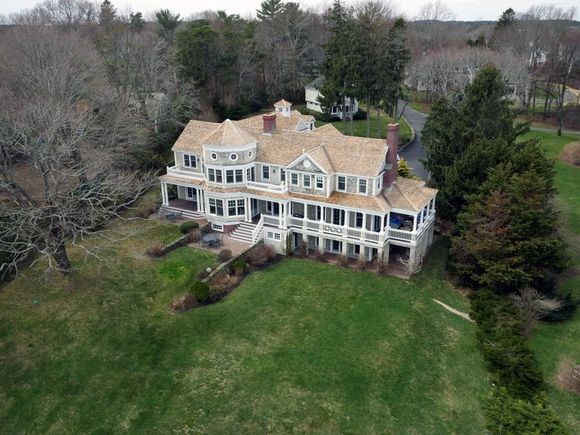 Here’s another mansion in Duxbury. A mere $4 million for this one, haha. From the Estately site. Important that it has a private road to it. 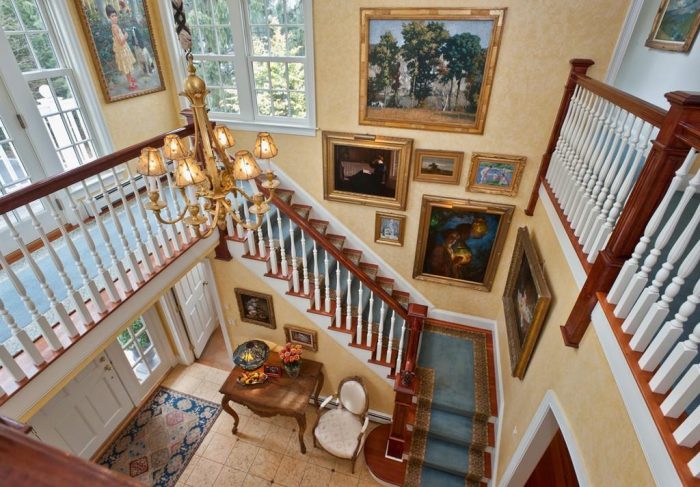 A different version of a grand staircase.
Once I knew where the mansion was located, this became important: 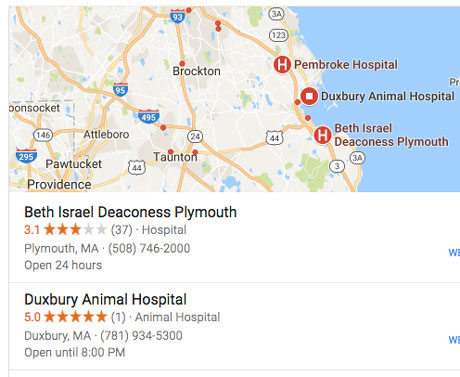 The majority of the book, though, takes place in a cabin on an otherwise uninhabited island in Maine. After all, where else would a group of ex-Navy SEALs build their ultimate getaway but on an island you pretty much have to be a SEAL to get to?
A Google image search for “rocky island Maine” looks like this:

The island you see on the upper right is similar to what I was picturing when I started writing.
I found a great description of an island called Monhegan Island on photographer Amy Toensing’s website. See her aerial photo here: https://toensing.photoshelter.com/image/I0000waSk642OKrE
“This small, rocky island is ten miles from the nearest mainland, only accessible by boat and barely a square mile in area. Monhegan Island, home to lobstermen and painters and a popular destination for tourists is twelve miles off the coast of Maine. Ringed by high, dark cliffs, its interior a mix of meadows, marsh and spruce groves, Monhegan is one of just 14 true island communities left off the coast of Maine. The island has a 65 permanent, year-round residents and the population grows to around 200 in the summer, with day-trippers adding several hundred more.”
More about Monhegan Island and more photos are at https://monheganwelcome.com/
I found many photos of the “great head” cliffs on Monhegan Island on pinterest and around the web, including this image many times. It definitely informed my idea of what one side of the island could be like: 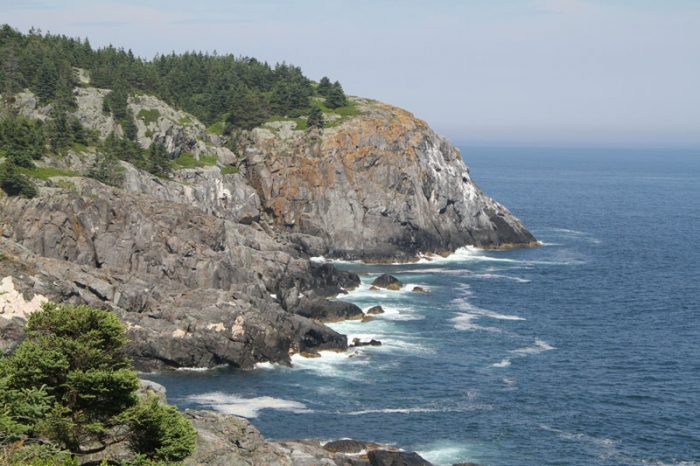 On Pinterest I also found this image of cliffs on Little Moose Island :

I picked up a lot of useful information from sites like the state parks Federal Wildlife pages on the Maine Coastal Islands reserve.
Google Maps was helpful, too:

Ultimately I gave my fictional island a fictional name location: Pickerel Bay. A pickerel is a kind of fish.
Although when it came to what kind of fish are plentiful in December near an island like that, it turns out that harbor pollock school close to cliffs in the winter.
I also researched what kind of whales our heroes would be likely to see from the Watch Point:


Okay, and that led me to this video from Norway, not Maine, but it’s too cool not to share: