I have a writer friend who, when she’s learning what it feels like inside the head of her main character, will sometimes go clothes shopping as that character (but not actually buy anything).
I hate shopping malls. I spent too much time in them as a teenager in New Jersey. So when I take my characters shopping, I usually do it either at Good Will or through online retail. Now that the pandemic has kept me out of public contact for the most part, I’ve been sticking to online spaces. By far the most fun place to shop online–especially for character shopping–is eBay, since it’s not just clothes but other things one can look for, as well. Unlike Amazon, eBay has rabbit holes and cul-de-sacs that one can go down, from vintage baseball uniforms to collectible playing cards, from used kitchen equipment to “smart” jewelry. 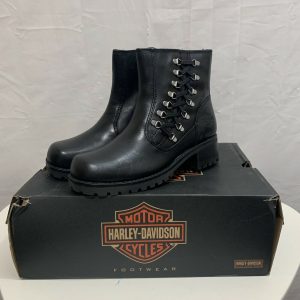 I sometimes even let my characters shop for me. When I won the RT Award in 2013 for Slow Surrender, I had Ziggy, one of the main characters in Daron’s Guitar Chronicles, pick out my awards ceremony outfit for me. I was utterly dithering about what would be appropriate to wear, and he put together an outfit that absolutely rocked (including boots by Harley Davidson and a double-breasted corset-back tuxedo jacket off eBay that one never would have found in a regular retail site–and which isn’t still available now or I’d link to it).
Right now I’m writing an urban fantasy series where every character has to have a knife. So of course I started researching what knives people might have, both so I can describe them in the text and so I can figure out what style each character would carry.


On eBay I discovered that several of the knives I personally own are now collectors items. In fact, I discovered that a knife I’d had since the 1990s–but which I didn’t think was expensive or hard to replace and so I let the TSA in Florida confiscate it–is now going for $200 and up on eBay. I’m talking about the “skeletonized” Spyderco Q. I own several Spyderco that are now rising in price. Apparently, Spyderco used to have all their blades made in Seki, Japan. The company was recently bought and moved all manufacturing to China, and blade connoisseurs are unhappy about this? And so the “classic” Seki Spydercos are going for premium prices now.
My search for a new skeletonized Q, though, eventually led me to GovDeals.com as well. This is a site where government agencies like the TSA (and state universities) sell off their surplus. You can buy pocket knives by the bucketful. I ended up picking up several nice police-issue Spydercos via GovDeals, which really made me wonder how that confiscation went down: was it a dick-sizing competition between the TSA officers and some police officer who thought they could get away with carrying a blade like that on an airplane?
I still haven’t found a Spyderco Q at a price I’m willing to pay. The one I lost had the spider-in-web cutout and serrated blade. I’ve decided which character will be carrying that knife.
I also researched knives so small they can be worn as a charm on a necklace. Spyderco has one called the “bug” (even smaller than their “honeybee” model) which fits the bill. I bought one of them off eBay to check that it would be as sharp and usable as the bigger ones: it is! It even comes with a hole for stringing the chain through. Research!
This eBay rabbit hole eventually led me down to ceramic “fruit knives,” which supposedly can’t be detected by X-ray machines. I picked up a few of them, too, on mega-sale via eBay ($15 for a set of four folding knives), and they are cute! They look like birds/fish, feel basically like plastic, but they are SHARP. I used them all summer to cut peaches to eat. When we are allowed to travel again (someday!) these will probably be my go-to travel knife.
A couple of eBay shopping tips:
SEARCH BAR: If you’re doing the pandemic thing of wanting ideas for home improvement, don’t just type “Home Improvement” into the search bar. You’ll get all items related to the TV show by that name, DVD sets, etc. If you search for “home improvement” and you set the search bar to search within the category of Home and Garden, on the other hand, you’ll find all the smart doorbells, fireplace accoutrements, door hinges, etc etc. Narrow your search if you aren’t finding what you want. On the other hand, sometimes you find some really interesting stuff if you look in unexpected places.
COUPONS AND DEALS: I did not know this until recently, but there are sites that search for online coupons and EBay is one of the sites that quite regularly has coupons. So now I know to check Slickdeals at https://slickdeals.net/coupons/ebay/ before I buy anything. The deals change so you have to go see what’s current on any given date. Right now I see a 15% off anything and a 10% off any new product.
DON’T GET SUCKED INTO AUCTIONS: If you want the best deal, sometimes it’s great when you bid on something with a really low starting bid. But if you get outbid, you really should look at what price you’d pay if you just flat out bought the item from a regular retail site. If you get into a bidding war with someone, the only way to “win” is to pay more money than the other bidder(s). More money does not sound like a bargain, now, does it?
So, I’ve ended up buying a bunch of knives. What about you? What have you found yourself buying during the pandemic?