So at 12:01am on January 28th my book Slow Seduction went live on Amazon and other bookselling sites, and I know it has been shipping to the physical bookstores, too! The paperback, ebook, and audiobook all launched at the same time.
Meanwhile, this has resulted in a curious oddity! Slow Seduction is book 2 of a trilogy. 24 hours after release, it is at #55 on the Amazon Erotica Bestsellers list. However, take a look (photo under the cut) at what book is at #50 on the SAME LIST. Yes, book 3 of the trilogy which won’t be out until August. I think that means a lot of people read book 2 in the past 24 hours and boom, bought book 3 immediately!! I hope that’s what it means, anyway.
It’s a little bit of a bummer to see the one-star reviews from people who are just tired of trilogies. Trust me, I commiserate, and I originally pitched this as one book. But the publisher wanted three books and the continued success of many erotic romance trilogies seems to prove there’s a large readership that clearly enjoys the longer form. I enjoyed getting to write a longer, more complex story, with more emotional twists than a single novel would sustain. I feel like I wish I could apologize to those people leaving the one-star reviews, but at the same time I feel a little like if they don’t like trilogies, why buy them and then complain about them…? The industry has gone this direction and I don’t think the trend is going to stop anytime soon.
All I can do is hope that the voices of people who did enjoy the book outweigh the voices of those who didn’t. To try to encourage folks to spread the word, I’m going to continue offering to send the special hot bonus scene from James’s point of view to anyone who emails me any of the following: 1) a screencap of their review on Amazon or Goodreads, 2) a screencap of them recommended it on Twitter, Facebook, G+, blog, or any other social media, 3) photo of yourself with your copy of the book (or on your Kindle/ereader), 4) photo of YOUR PET with the book, or 5) photo of the book on sale in the wild! (Email me at ctan.writer at gmail dot com) 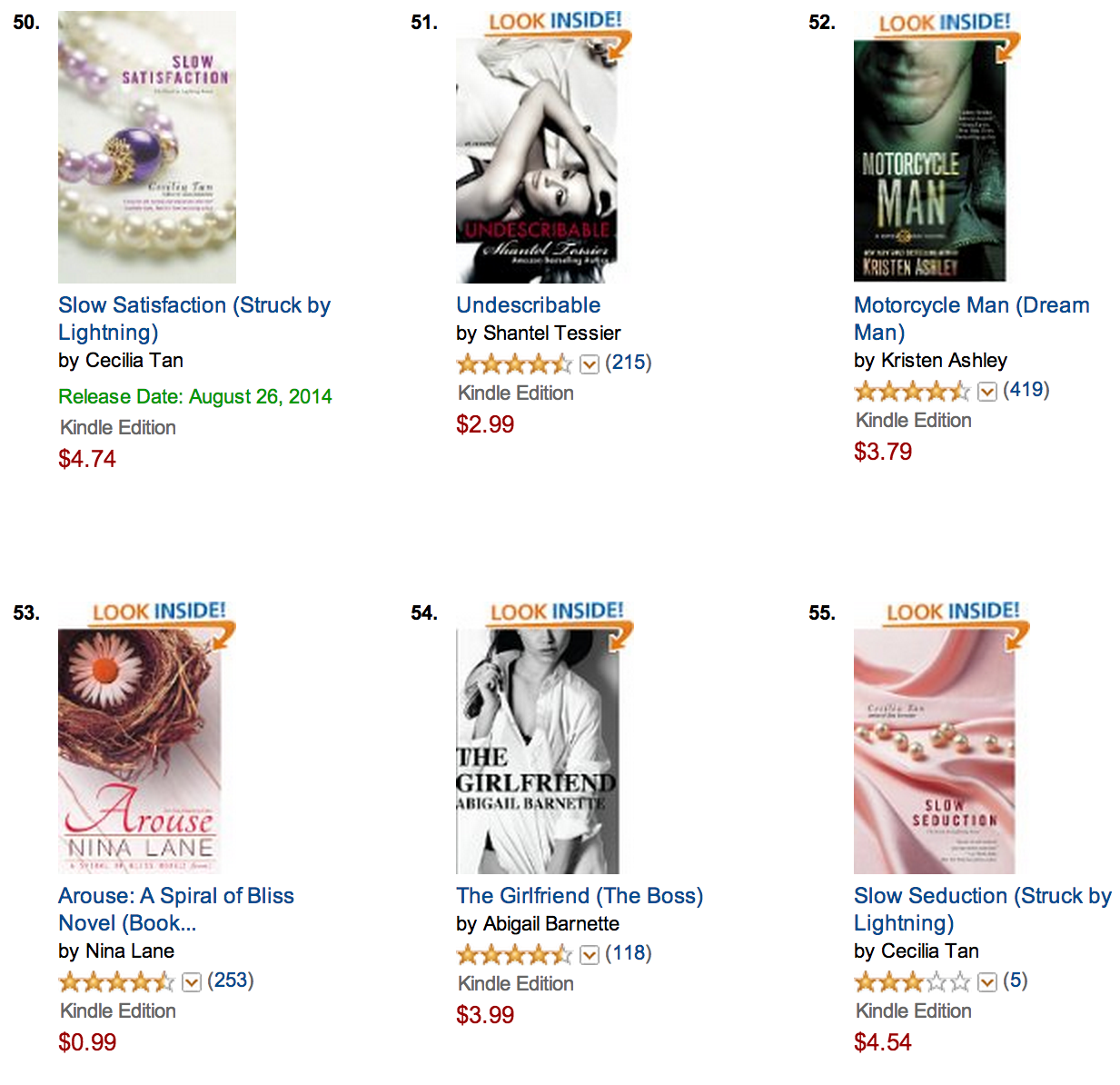