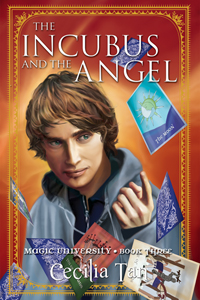 It’s launch day for the new edition of THE INCUBUS AND THE ANGEL: Book Three in the Magic University Series! I’m so pleased once again to have brand new cover art from the fantastic Fox Estacado Arts.
The ebook, audiobook, and paperback editions should all be live now from all your favorite online retailers, and your favorite local booksellers should be able to order copies if they don’t have it in stock!
Print ISBN: 978-1-62601-121-2 • Paperback $16.99
Digital ISBN: 978-1-62601-122-9 • Ebook $6.99
Amazon • Smashwords • B&N • AllRomance ebooks • iTunes • Indiebound (forthcoming once bookstores start carrying the book)
Under the cut, an excerpt from the book and a large size version of the cover: 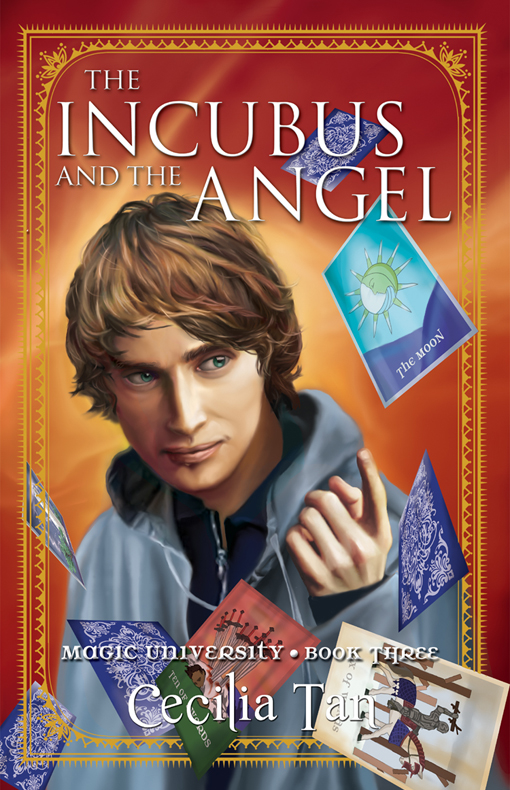 Excerpt from Chapter Two:
Kyle has a female friend, Lindy Carmichael, who is an enchanter. Like him, she grew up in the mundane world and had to learn about magic later in life. Lately she’s having trouble with her magic and is unable to power her spells. Kyle has a temporary solution for that: as a lightning rod he can transfer magical energy to a sexual partner. He and Lindy decide to have sex the night before her exam, and Kyle insists part of the ritual is he should take her out to dinner first…