Last week I had the pleasure of taking part in a televised roundtable discussion about 50 Shades of Grey, sponsored by the Brookline Public Library. It was sort of like The View if everyone on that show were nerd girls who like erotica…okay, maybe it was nothing like The View. It was a sharp and needed conversation that handily covered so many topics swirling around the “50 Shades” phenomenon, including the responsibility of librarians, writers, and educators to support women’s sexuality on the one hand and our fears about the inaccurate and negative aspects depicted in the “50 Shades” film and book, depictions of women in the media and pop culture, where real-life BDSM meets fantasy, and much more.
One crucial voice on the panel was that of Cassie Luna, a representative from The Network/La Red, the domestic violence advocacy group I recommended folks donate too if they wanted to do something to stop domestic violence besides handwringing over 50 Shades. It was wonderful to have someone who could actually speak authoritatively about facts of abusive and coercive relationships.
Coming at it from another angle was Nomi Burstein, representing the OTW (Organization for Transformative Works, another group I’ve written about), to talk about 50 Shades’ fanfic roots and the thriving erotica communities that gave rise to it (and that are still thriving).
Michelle Cove was there both as a romance reader and as a representative of Mediagirls, a program that teaches middle-school girls to critique how girls and women are portrayed in mainstream media and to create their own. (How cool is that?)
And then there were our two librarians, Robin Brenner, who organized and moderated the panel, and Jennifer Webb. Librarians think about books differently from publishers or bookstores: they look at books as a public resource and a public good. This civic-mindedness leads to deep thoughts about the messages that may be carried in books, whether beneficial or detrimental. “50 Shades” has obviously sparked intense debate on the subject.
Well, and me, there representing the intersection of the real-life BDSM community and the romance writing community, and also a little bit the fanfic writing community, as well. Gee, I get around, don’t I?
A transcript of the video isn’t currently available, but you can watch the one-hour discussion on Youtube! (There was also a Q&A portion with the audience, but that was not videotaped.)
A few key highlights:
Moderator Robin Brenner brought up one surprising recent stat (at least it was surprising to me): movies with female protagonists in 2013 earned 20% more than movies with male protagonists. That seems to run counter to the “Hollywood” ideal of a blockbuster where the only female characters are little more than either eye candy, tokens or a heterosexual signifier for the hero. And last year Hunger Games: Mockingjay was the top grossing movie, topping even Guardians of the Galaxy. “Female-led movies and female creations are becoming a force,” she says, “and some of us would say it’s high time.” The film of 50 Shades of course not only was written by a woman and is focused on the female lead, it’s also directed by a woman, as well, and the female audience is certainly what drove its box office success. In fact, according to Brenner’s stats, “It’s the number one movie ever directed by a woman.”
Nomi Burstein on how fanfiction has no gatekeepers: “There is no gatekeeper which is both good and bad: you do get a lot of bad fiction. But it also means if you are a thirteen year old girl and you have feelings and you want to express them there is no one who is going to say ‘your feelings are not valid.’ That provides a freedom for people who don’t fit the mainstream.”
To which I said: “It’s such a fertile ground for female sexuality to be expressed, which is suppressed in so any places and so many countries–including our own. [In writing erotic fanfic] you find this receptive community of other not all but mostly female writers and readers who are very validating. It [fanfic] is a very female-driven medium.”
Librarian and romance reader Jennifer Webb points out: “50 Shades found a fertile audience outside of fandom because it fits perfectly within a long established tradition of the real original erotic romance novel: the bodice ripper. With the domineering man and the innocent, virginal heroine, vast wealth, exotic locales, and people throwing drinks in each other’s faces!” And adds, “The older readers of Twilight liked it for the same reason: it was a little bit of a throwback.”
Me again: “Where the concern comes in for the BDSM community is that while the old bodice rippers were clearly taking place in a fantasy world, in 50 Shades, BDSM is represented as an actual thing. I don’t want to participate in a sort of moral panic–*gasp!* women enjoy being spanked!–but there are concerns.”
Cassie Luna: “Speaking from the domestic violence side of things…a lot of the narrative [about 50 Shades] is that there is abuse happening and it’s connected to the SM. At the Network/La Red we believe that’s not the case. We believe BDSM is consensual. Our issue is not that there is anything wrong with SM but that everything else in the story AROUND it are red flags for abuse.”
And there’s much more in the conversation, about how the critical mass allowed BDSM to rise above the taboo, the dichotomy between sexualized images and the messages to girls and women not to be sexual, the tendency of Hollywood to stereotype and misrepresentations of the kink community, etc. 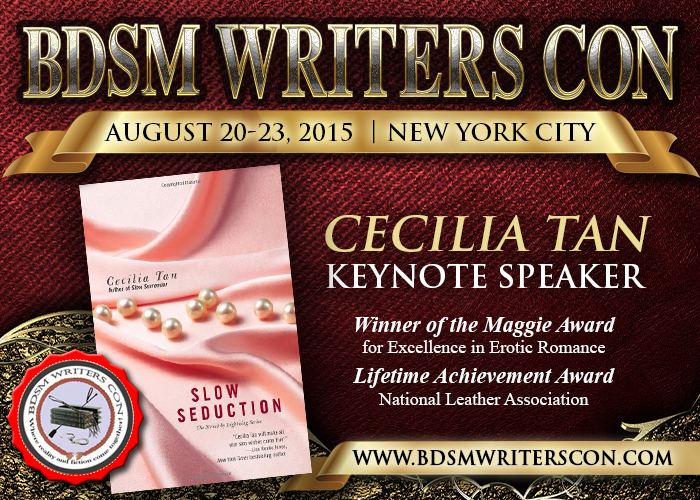