I was so glad I got to catch one of the We Need Diverse Books panels at this year’s BookExpo America. I am a fast typist so I am able to capture a lot of what was said, but nowhere close to everything, so please do no take this as a “transcript.” It isn’t. It’s a selection of the comments made and may contain errors because I can’t type perfectly and listen at the same time! But I wanted to capture as much as I could so that people who couldn’t be here could still hear this conversation. Because it is such an important conversation no matter what genre you write or publish in.
The panel included:
Ellen Oh, author of The Prophecy Series, co-founder
Lamar Giles, author of Fake ID and Endangered
Linda Sue Park, Newbery Award-winning, NY Times bestselling author
Matt de la Peña, NY Times bestselling author of multiple books
Tim Federle, author of Better Nate Than Ever and Tequila Mockingbird

Ellen Oh (moderator): We started here last year because people reacted to a lack of diversity, and this year we have three panels going on so it looks a lot like our voices are starting to be heard. We’re not going away anytime soon!
Lamar Giles: I’ve been a part of WNDB since the beginning We’ve been working on a lot of initiatives. Our Walter Dean Myers award will be presented for the first time next year, for an awesome diverse author who writes an awesome diverse book. We all know awards bring recognition and prestige to books and we hope to raise the awareness of books and to make it more attractive to publishers to do those books. There will also be some grants for unpublished authors to hopefully help the next great writers who will be the next writers to push our movement further.
Linda Sue Park: I’m an author and I’ve written several picture books and middle grade novels with Houghton-Harcourt and even though I don’t have a new book out, they helped support my appearance here at BEA. I am so excited about the internship program. We’ve been around for a while. We’ve often spoken about how tired we are. We felt like the needle was stuck. “We need diverse books. Children need to see themselves.” Over and over. We know what the problem is. But we need the answers. I was watching from the sidelines and at first I was rolling my eyes at WNDB. And this time I saw a difference, though because it came from the grass roots. So I jumped in and got involved. I have been privileged to work with many great people in publishing, but you don’t see the same kind of diversity in the cubicles as you see in the country. Well, many publishing professionals get their start as interns, and so we thought if we could diversify the interns it could lead to more people in publishing. You use the word “diversity” and sometimes people buttons get pushed. But how about “choice” and “variety”? When you’r a bookseller or a librarian what you want to do is give your customers a greater variety, and if you won’t do it because it’s the “right thing to do” do it because it’s good for sales. We’re hoping the internship will be seeds that will grow in the long term. It’s $2,500 grants that help the interns take the job. We will be picking 5 for this year and we have really wonderful candidates and 10 publishers who will be part of the program.
Matt De La Pena (Author of Last Stop in Market Street, advisory board member of WNDB): I want to give a hand to Linda Sue Park bc she has been in publishing for a long time and opening these doors for a long time. I jumped into WNDB because it felt like a cohesive movement was forming. It started on Twitter as a hashtag but it grew and grew. It’s sticking because of the cohesiveness. I knew it was turning into a thing when I went to Los Angeles and they had a real film crew there to work with me. I get to go to a lot of schools now. I got to some schools and it is 100% diverse students and they LOVE to see themselves in books. But remember they also love the Gail Forman books. One thing I see is that reluctant readers need to feel comfortable with the book on page one. And maybe a POV character that feels authentic and identifiable to the reader is a huge part of that.
Tim Federle: I feel so honored to be up here with you guys. I’d come from a background of dancing on broadway, and I did that for about ten years. And when I sat down to write Nate, my agent told me “write the book only you can write.” I was one of the coaches on the boys in Billy Elliot at the time, and I dug into my own experience being in 7th grade and knowing that I was “going to be gay.” When you write for young people you also write for their parents and for librarians. I hear from 70 year olds who tell me “IF I had read your book 35 years ago mayeb I would have come out sooner” or 12 year olds “I’m the only boy in my dance class in Utah and it was so cool to see a character like Nate.” 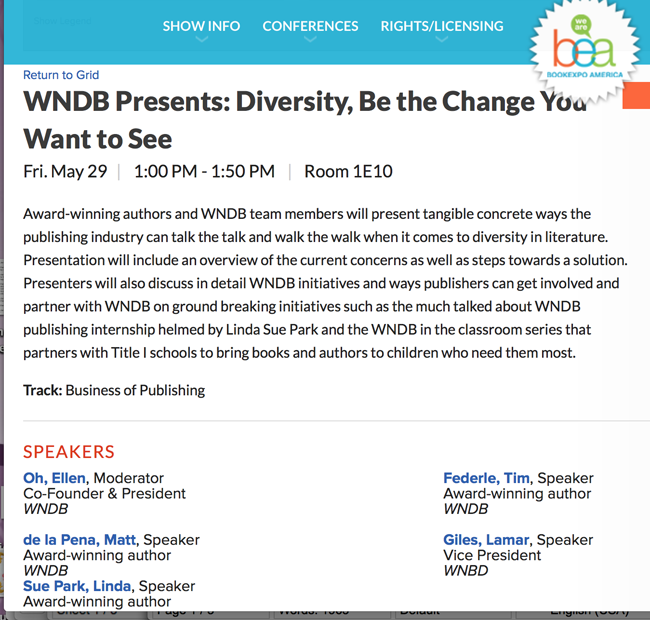 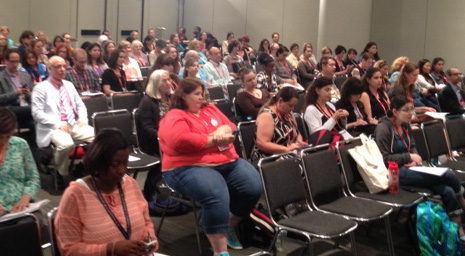