Here we go! It’s been two whole years since my last Kickstarter, there are over 200 more chapters of Daron’s Guitar Chronicles accrued since then, so it’s time to produce a new omnibus paperback! (And generally have some fun with producing nifty swag. I like T-shirts for fictional rock bands, what can I say…)
Daron’s Guitar Chronicles (in case you’re new around here…) is my long-running web fiction serial about coming out and coming of age in the 1980s. Daron is a guitarist trying to make it big in the music industry while coming to grips with his sexuality (he’s gay) and his complicated relationship to his art, public performance, and by the way his band’s lead singer. Ahem.
The full rundown of rewards and budget is detailed in the Kickstarter campaign of course, here: https://www.kickstarter.com/projects/ceciliatan/darons-guitar-chronicles-third-omnibus
A short version of the link for sharing: https://kck.st/1RFanDN
You can support for as little as a dollar, for which you’ll get thanked in the book and your choice of any of the DGC ebooks. A bargain! And we’ve also got — in addition to the book itself — T-shirts, guitar picks, custom songs written for you, and much more.
More details below the cut!
This is my third Kickstarter, and while they’re always nerve-wracking, they’re fun too, kind of like a month-long party. 🙂 The purpose is to raise enough money that I can pay the professional proofreaders, layout designers, and artists necessary to making a paperback book look great.
If we raise enough money I’ll also invest in expanding the audiobook offerings, so there are stretch goals.
Here are some images of some of the rewards we’re creating:

I don’t have the cover design yet, but paying for the artwork and the designer are among the things the fundraising is for! 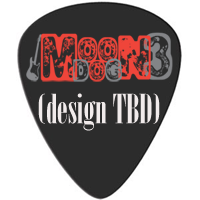 The guitar pick can be had as is or strung as a necklace! 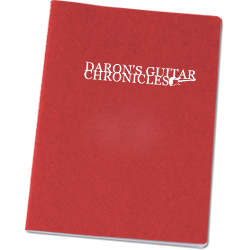 This 30-page 5×7 notebook is perfect for jotting down song lyrics while you’re on the go, no?

A reference to the shirt Daron often wears that has Ziggy’s handprint on it–I’ve made it into an actual shirt. 🙂

Temporary tattoos! After Daron and Ziggy went to get their first tattoos in Chapter 652, I figured offering temporary tattoos as a reward tchotchke was a must!
I’m happy to answer any questions either here or hit me up on Gmail (ctan.writer @ gmail.com) or message me on Kickstarter itself!