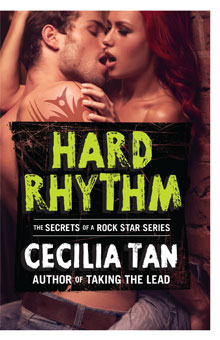 Hard Rhythm hits the shelves next month (January) and the ebook goes live on Jan 31st so we’re starting to see reviews and notices come in! I’m super excited about the reception it’s getting so far!

I’m very psyched to say this means all three of the books in the Secrets of a Rock Star series have earned the coveted star from PW. The whole review is great but the first sentence rocks my world, “Tan skillfully makes her third Secrets of a Rock Star novel (after Wild Licks) do double duty, first as a wildly creative, enthusiastic, immersive, and incredibly hot romance between experienced kinksters, and second as a public service announcement that clearly illustrates the difference between BSDM and domestic abuse.”

RT, meanwhile, gave it three stars: “This is the third book in a trilogy on rock stars but the author keeps the focus on the person and not the profession. When [Chino] finally makes his move, they quickly move from casual acquaintances to a deep and fulfilling D/s relationship.”

And some readers who have gotten advanced reading copies (both through my newsletter — which you can sign up for — and through NetGalley) have begun to review the book on Goodreads. In particular I was very happy to see TammyJo Eckhart, a longtime BDSM presenter, educator, and writer herself, thought it was the best of the three books, and says “The emotional complexity of all of the relationships and situations in this novel feel real, feel engaging.” Also, “Even if each woman in this series feels best on her knees before a hot man, she is still a powerful force to be reckoned with.”
If you can spare a tweet (or reblog or FB share), to help spread the word about the book, please join my Thunderclap! It only takes a couple of clicks and will only share a one-time message when the book goes live. Click here: https://www.thunderclap.it/projects/51269-spread-the-beat-of-hard-rhythm
Pre-order the book now, everywhere: IndieBound (local independent bookstores) | Amazon | Publisher website | Walmart (!) | Barnes & Noble | Apple iBooks | Google Play | Kobo 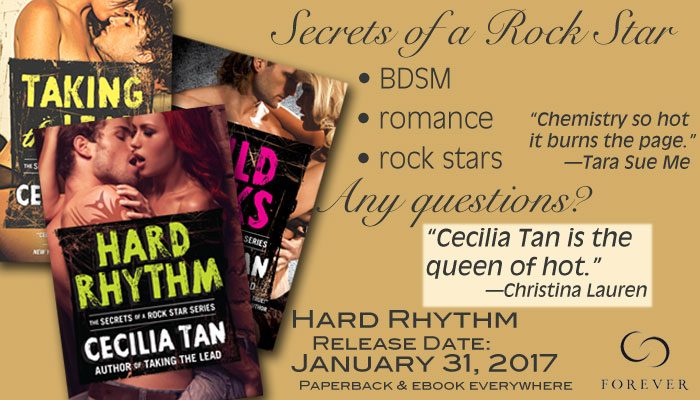